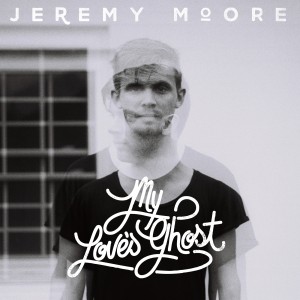 Local artist Jeremy Moore released My Love’s Ghost, his first full-length album, on September 8, and will play an album release show at Seeds Coffee Co. in Homewood this Friday. Recently I had the chance to sit down with Jeremy and talk about the album, here’s what he had to say:

Rachel Williams- How would you describe the album?

Jeremy Moore- The album is very eclectic, it runs through a bunch of different genres and it encompasses the last four years of my life. That’s about [how old] the first song on the album is. “Falling Up Into You” is just kinda one of those that I wrote in the very beginning and it happened very quickly and was just very good and stuck this whole time.

My musical influences over the past three years started off heavily in Ben Rector, which I think you can kinda tell all the way through, but then it’s kinda gotten into some deeper stuff like Noah Gundersen or David Ramirez. I like electronic, that would be a Phantogram influence. There’s a bunch of influences that had their impact on each of the songs. Johnnyswim influenced “Young Love.” They have a YouTube video of them playing in France of some French song and I was like, “I would love to write a song like that.” So it just kind of runs through everything. I have a classical music degree from Samford in church music and so I really appreciate music throughout the years. Sometimes I think your biggest insecurity might be your biggest strength. So for me, I’m kind of insecure about how different the album is, and how one song is never like the rest but I think if I turn it for good in my brain it really is a good thing.

RW- What inspired the album?

JM- They’re all life stories that I have and all my experiences up until now. I would say that My Love’s Ghost encompasses the project as a whole in that it’s constantly trying to chase something. So a big thing most recently has been relationships and love, even family or religion or how everything fits together in the world. I feel like it’s very evasive to me and just when I think I’ve caught it and I’m saying, “I wanna be this for you” it somehow just slips out of my hands and I’m back at square one again. So it’s just a constant cycle of chasing whatever your ghost is. That’s what I hope people catch all the way throughout and can identify what their ghost is and maybe give some encouragement to them.

RW- Where did you record the album?

JM- It was recorded out in Hueytown in Bates Brothers Studios. My producer, Chad Robinson, works primarily out of that studio and it’s the only studio of its type in Alabama. The person that mastered it does all of Taylor Swift’s albums and every country album, he’s the bomb, his name is Hank Williams.

JM- It was very surreal. I had never been in a real studio environment before. I had always played live and that’s where I think I’m best. A studio is a whole new experience. You have to be right on. I recorded guitars and piano on the record and I think that I’m a pretty good player of each, but in the studio it’s basically like relearning your instrument again. You have little ticks that are different or don’t come across right. I would play a guitar or a piano line like two or three measures and they would stop me and say, “Nope, do it again. It’s wrong,” and I was like, “I’ve literally played everything right, it’s in the right spot, it sounds fine,” and they’re like, “It just didn’t feel right, just think of it more pensive or more happy,” and it would immediately change how I played. You just have to be on top of your game, which I wasn’t used to.

And getting to work with the musicians that I did it was basically like handing over my songs and the recordings that I made in my basement and saying, “here do something with this” and they would and it was like, whoa that’s what I meant to play. It was surreal the whole time. I’ve never just sat back and listened to really good players play. I think when it’s your own stuff it’s a whole different kind of ballgame. You’re like, this is a part of who I am, and somehow they would latch on to whatever that idea was and take it a few steps further which was the coolest part for me.

RW- How does this album compare to your EPs?

JM-It was a bigger process, a bigger ordeal, a lot more thought went into it. I think that the songs are better now. Everything is redone and thought about much, much deeper.

RW- Can you walk me through the emotional process of recording the album?

JM- It’s really hard to sing some of the songs. I was dating this girl at the time and driving down to record some of the vocals; I was about an hour out and my girlfriend calls me and ends up breaking up with me. I was in the middle of a session and was like, “I can’t do this right now, I have to stop,” so we stopped and went somewhere else.

If it’s a dark song you talk about it. The very last song is a very dark song; we would talk about it and see like what does it actually mean what the real underlying thought behind it. How can you go even further that would describe how you would play or how the musicians would play. To sing it you have to get in a zone. If it’s a dark song, you have to get in a very dark place, turn all the lights off, get real close to crying, you know? It’s trying to feel the emotions of the song as intently as you can.

RW- Will you be touring to promote the album?

JM- Oh yeah. The end of July I started touring pretty heavily. I would do weeklong stints. I would leave Monday morning then stay out the whole week get back late Saturday night then go back out Monday again. I’m just trying to hit the Southeast so anywhere from North/South Carolina, Georgia, Florida…Tennessee, Mississippi, Louisiana, kind of all over the board. Something that I hope for myself is that I can wisely use the time that I have and outwork everyone else and play as many shows as possible. Hopefully that will continue into the spring and then in the summer I’m gonna hit it hard again and try to be out as much as possible.

RW- Do you have a favorite song?

JM- I would say that my songs are like children, you can’t really have a favorite. But I think that throughout the time that I had with the songs over a couple months that each one was kind of my favorite, obviously I connect to it but I kind of reconnected to it.

Jeremy Moore performs at Seeds Coffee on Friday, September 18 at 6 p.m. with a $5 cover. B Snipes and A Slim Shadow will play guest sets as well. Seeds is located at 174 Oxmoor Rd, Birmingham, AL 35209.