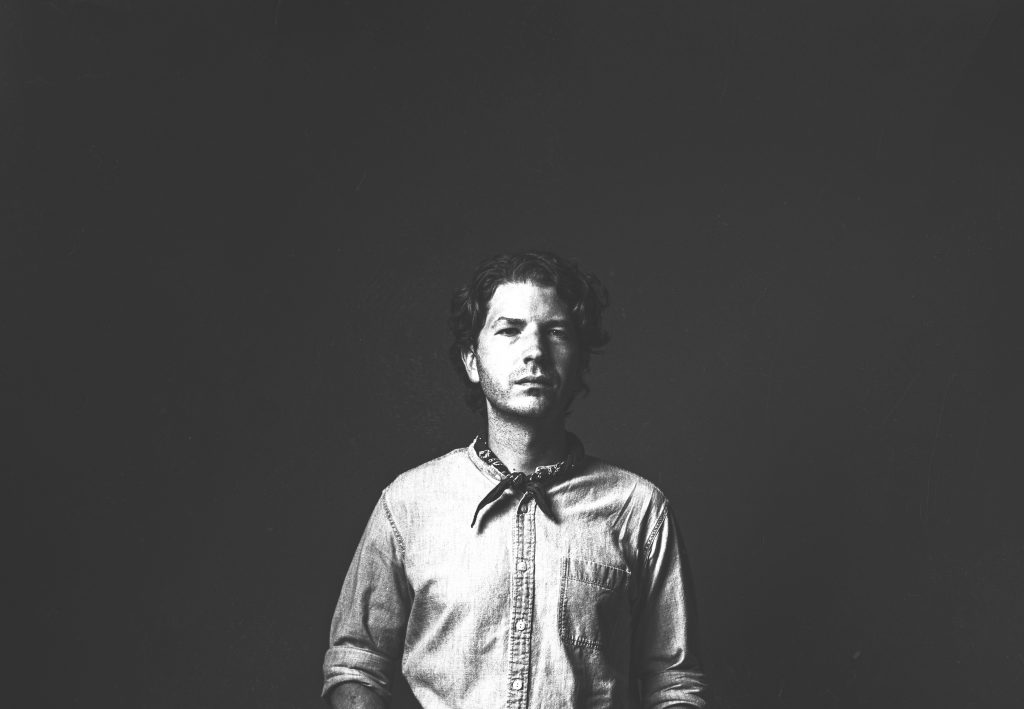 When interviewing a white guy with a guitar based in Birmingham, Alabama who is about to release a hymns album, you can tend to make some assumptions that wouldn’t necessarily be true. “I don’t listen to much Christian music,” Wilder Adkins says. “But I’ve always been a fan of hymns. I just want it to be an album that people can put on and it sounds good and they enjoy listening to it.” By which he means: not like contemporary worship albums.

This is one of the things you find out interviewing Wilder Adkins. He seems pretty mild mannered, but that doesn’t mean he’s without strong opinions. “I guess people put me in the Americana genre, but I really hate most Americana music,” he says. We’ve been talking about his influences, Richard Thompson (English) and Bruce Coburn (Canadian), who, in addition to their mature songcraft, are both excellent fingerpickers. But Americana music? “To me it’s just boring; like oh, white guy with a guitar… and they don’t fingerpick that much. It’s just like simple strumming. Like I can do that; anyone can do that. So now I’ve started listening to a lot of world music.” Wilder throws down the wild card sentences in his deceptively calm, matter-of-fact style. 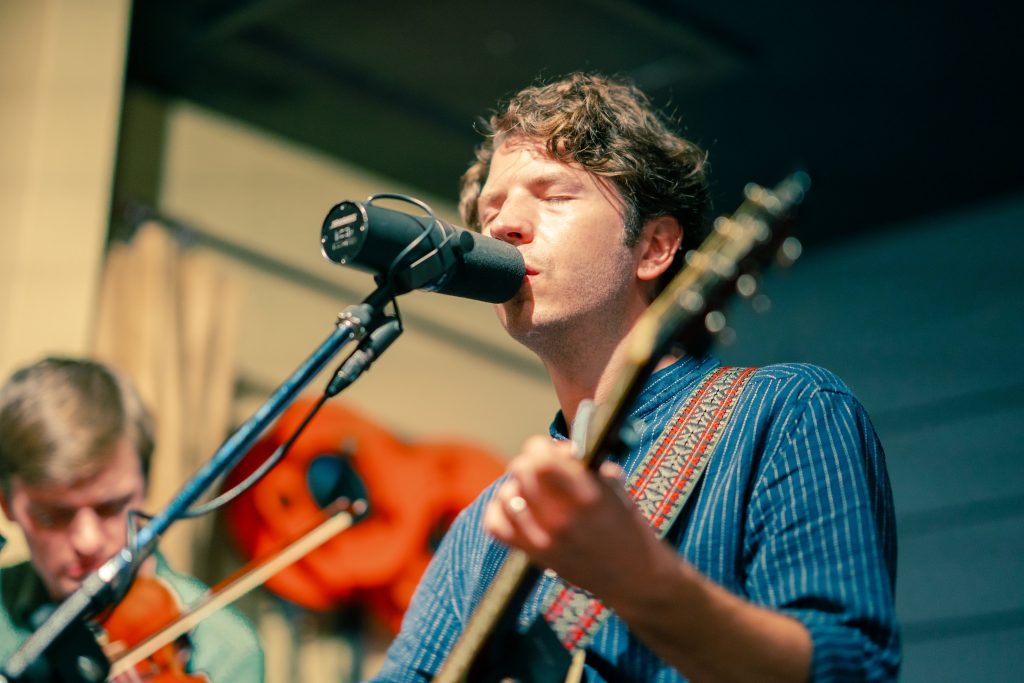 This past year he did a Christmas hymn called “Come Thou Long Expected Jesus,” which was influenced not just by a distanced appreciation of world music, but by his multiple visits to India: “I’ve been to India twice. The first time for four months just living in the same village. And so I learned pretty good Hindi while I was there. And I do think listening to India’s music has influenced some of my melodies.” You wouldn’t necessarily immediately notice the Indian influence on the track, which is far from how George Harrison incorporated an Indian flavor in his spiritual songs. Like everything with Wilder, the integration is more delicate: “They are melodies that have a lot of subtle movements, like vocal embellishments, similar to Celtic fiddle tunes in that way. But yeah, just like this lilt I use–like a vocal thing really.”

The forthcoming In This Pilgrim Way is Wilder’s second “hymns album,” which features classic hymns as well as original compositions all presented within the same vibe. “Ever since I did my first hymns album,” Wilder says, “I was like ‘I want to do another one.’ But I had so many original songs to record too that it was hard finding the time. Then I lost my job right before I got married. And that was this big blow, and I was like ‘this is the worst timing possible’ and we had this honeymoon to Canada planned that we had to cancel. And so we went to Tampa and stayed at my grandmother’s apartment. (She wasn’t there, obviously.) But just as a way of comforting myself and giving myself something to work on I was like ‘these are all hymns of comfort.’ And they’re also like hymns that my grandmother would have liked and that my mom liked.” 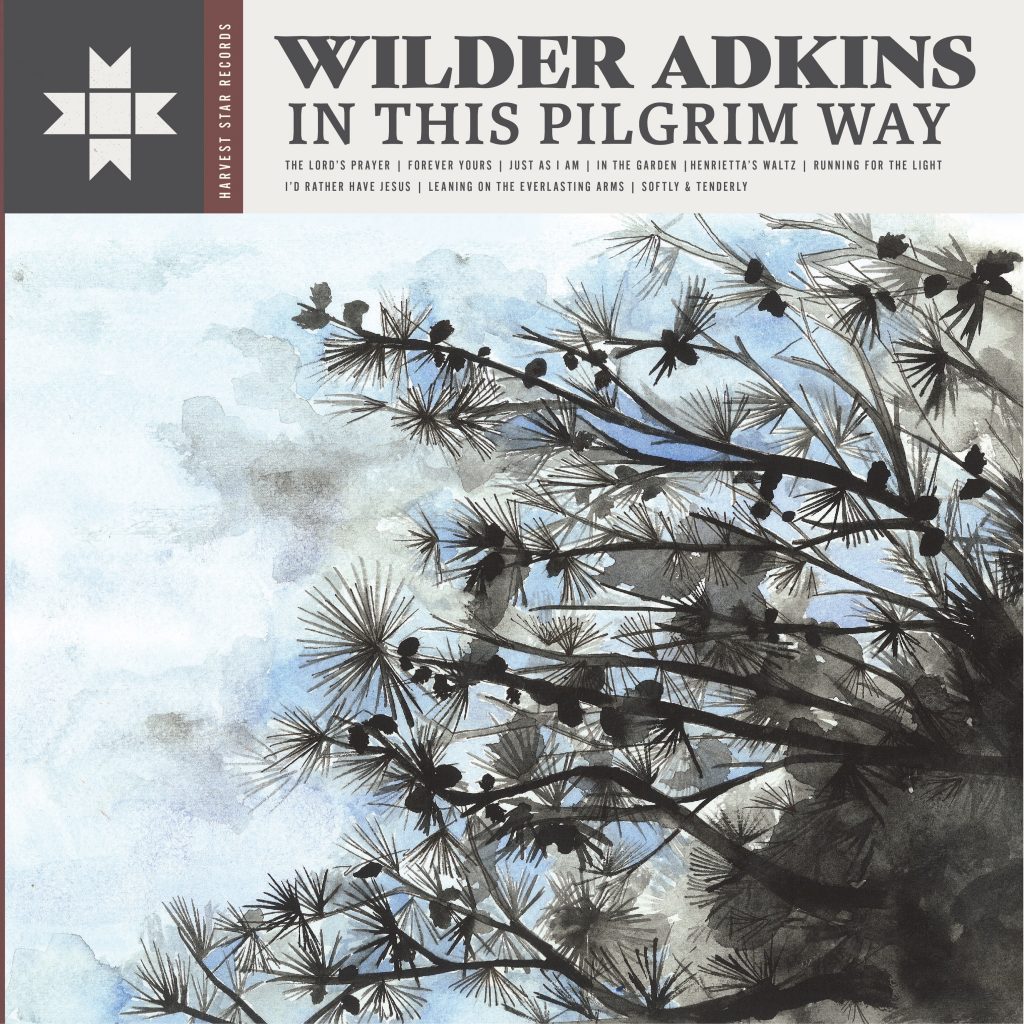 Unlike some contemporary artists who play hymns, Wilder hasn’t so much “retuned” them as simply placed them into his own intimate, tasteful vibe, ensuring that contemporary audiences will enjoy these renditions of “Just As I Am,” “In the Garden,” “I’d Rather Have Jesus,” “Leaning on the Everlasting Arms,” and “Softly & Tenderly” as much if not more than grandma and mom. “There’s someone else who does similar things with old folk songs and things and that’s Sam Amidon,” Wilder says. “And I really love the way his albums sound. He just does a mix of old folk songs and sometimes like old hymns and then like on a couple albums he’ll cover a modern song but in such a way that you wouldn’t realize it’s not just an old folk song. So when I do these hymns albums I’ll mix in songs I’ve written and then just present them all in the same way.”

The original tunes on the new record stand out for just how much they blend in with the more time-honored songs, employing both the weightiness of Biblical imagery and the timelessness freshness of authentic emotional experience. “Forever Yours” invokes the image of the prodigal son’s older brother, who is trying his best to do the right thing but whose heart isn’t in the right place, while “Running for the Light” is a snapshot of an exhausted believer who seems calm on the outside but is roaring with hurricanes of feeling within. “Henrieta’s Waltz,” an instrumental, is an extension of “In the Garden,” his grandma Henrietta’s favorite hymn.

Wilder’s new work is ultimately consistent with the rest of his oeuvre in that it indicates a longing for peace in a chaotic world. “No one is ever going to just like agree with everyone else,” Wilder says. I think especially if you’re a sensitive person you look at the news and social media, and everyone is so reactionary, and obviously bad news screams louder than good news. And it can really disturb you, it can just mess with your psyche. So we long for peace.”

As of now, In This Pilgrim Way is set to release on May 24. Please follow Wilder on Facebook, Spotify, and Twitter to stay in the loop about upcoming releases and shows.