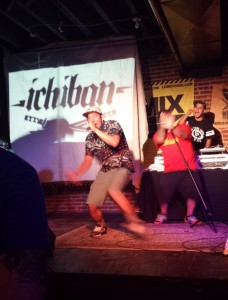 The first stop at Secret Stages amazed from between venues. The indie stage at Easy Street housed trend-pushing bands from ambient indie (Reindeer) to the girl rock persuasion (Seratones). This venue’s acoustics bounce sound around a long room with a high ceiling, and the cool points come from two pool tables with camel shapes printed on the lamps. Easy Street felt very Birmingham Mountain Radio, who was the host of this location for the festival.

Pale Eddie’s 20 Midtown stage had a cozier feel, with classic rock and Americana bands squeezing by the barstools. At least, Burgess, Sean and John of the Macon band Dalmatian seemed a little cuddly in the space, but they made the most of it. Their music reminded of Cold War Kids plus a band called Saint Motel, which is a little more American-bluesy.

Vulcan Vape’s Rogue Tavern stage was a little more country, with table seating room and a high stage. But with warm southern talent like Bonnie Montgomery and her band, the grand stage could add no distance. And Chad Fisher finished the Rogue Tavern set on Saturday with his usual mastery. 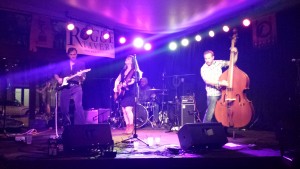 M-Lounge also had an hipster feel, bands like The Pass combined genres but stuck to black V-neck tees. DOT.S impressed with their youthfulness but could kill some electronic beats. The CW 21 hosted this stage, which trickled downstairs to Matthew’s for the Lobotomix hip-hop stage. The artists rapped and DJ’ed in a brick underground, which added an urban underbelly feel to an already downtown genre. Stay Tuned, Cash Lansky and Jabee killed their sets and sweat through their messages. A freestyle showdown at the close proved that the Lobotomix-picked artists were all up to speed.

Two stages must remain appropriately mysterious- the Parthenon VIP stage with six secret sets, and Das Haus. The secret sets were discovered by the music hunters, and Das Haus belongs perpetually in its cloud of vague otherworldliness. Head to Secret Stages next year to pull back the curtain on those locations, where the music might be run by The Great and Powerful Oz.