On August 3 and 4, the biggest block party in Birmingham comes to Avondale. The eighth-annual Secret Stages music discovery festival will bring over 50 bands to the Magic City, introducing music lovers to rising acts at the turning-point of their careers. For two nights, the intersection of 2nd Avenue South and 41st Street South will echo with rock, hip-hop, electronic, noise, folk, and various hybrids thereof.

In eight years, artists, venues, and team members have changed, but one thing remains constant: “We’ve built our reputation on consistently delivering a lineup of high-quality up-and-coming acts from a wide range of genres, and we’re still focused on delivering on that promise,” says Creative Director Sam George. “We think the quality of the new venues we are moving into is a step up from some that we’ve had in the past, and that will be good for everyone, our attendees and our bands.” 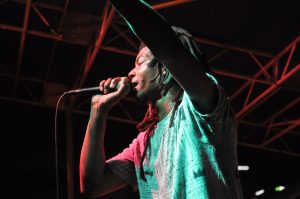 If you’ve gone in the past, you know to expect the unexpected. You’ll hear incredible new music, maybe see some familiar faces, now with a change of scenery. “It’s our eighth year, we bill ourselves as a Music Discovery Festival with a focus on discovering new bands you haven’t heard yet from across the nation,” says George. “We recently added Heath Green and the Makeshifters and an extra set for Will Stewart since their sets at Sloss Fest this year were cut short/cancelled because of weather.”

This will be the festival’s first year in the Avondale neighborhood. For nearly a decade, Secret Stages had been centered in downtown Birmingham’s Loft District, but it became obvious early in the planning that this year’s event would need new environs.

“We’re really excited to be in Avondale!” says George. “There were a number of factors that led to our decision to move. The building which housed two of our downtown venues (Matthews and M-Lounge) went up for sale and we couldn’t rely on them being available. In addition, the 20/59 construction was going to complicate things. When we started entertaining the idea of moving, Avondale became increasingly attractive as a potential home for us so eventually we decided to pull the trigger on the move.” 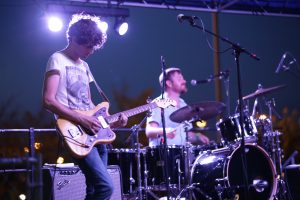 The new neighborhood will host musicians via the state-of-the-art sound system at Saturn, the tremendous outdoor stage and upper room at Avondale Brewing, 41st Street Pub, and the Hangar. All of these venues are centered around one intersection, making the walk from show to show an easy feat. There are multiple options for good eating just down the street as well.

Day and weekend passes grant you entry to all the venues, while the VIP pass includes access to the VIP lounge, which will be at Beloved Community Church across from Avondale Brewing. The lounge area will feature a few exclusive perks to help decompress between shows. “As usual we will have a wide assortment of food and drinks from local restaurants and breweries, as well as DJ sets,” says George. 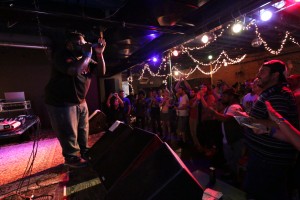 Looking over the lineup, one may notice more women on this year’s bill. “We continue to try to select the best up-and-coming musicians we can find, from wherever they may come!” says George. “However, it is true that this year’s lineup skews significantly towards female artists, and we think that’s great! Courtney Marie Andrews, OSHUN, Ruby Boots, Sa-Roc, Erin Rae, and Daddy Issues are a few off the top of my head that people seem to be buzzing about.”