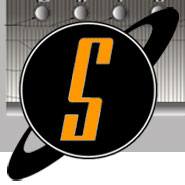 Saturn opened in Avondale on May 1, bringing stellar sound and astronomical acts to the Birmingham soundscape. The high-tech venue resulted from a partnership between Birmingham music pioneer Brian Teasley and The Bowery. The state-of-the-art sound system, experienced team, and love for music promise to make Saturn a must-see destination for both local and touring artists.

Owner Brian Teasley, General Manager Carl Ratliff, and Venue Manager Charlie Smith began discussing the Saturn project over a year prior, and after a long process, they’re excited to see the doors open and stage lit. The expanding community of Avondale was a natural choice for the Saturn team. “Avondale is near and dear to all of us,” says Smith. “There’s so much going on and it’s still growing.”

Saturn presents a diverse range of music, allowing plenty of space for a wide scope of genres and acts to come through. “We’ll have lots of indie of course, and a variety around that,” says Smith. “We’ll share whatever we’re passionate about. We want to share what we see happening here in town and around the country.”

The venue’s sound system is top-notch, benefiting from The Bowery’s well-known pursuit of sonic perfection. “They really value quality, so they brought in an audio engineer to maximize the space’s potential,” says Smith. “Even background noises like the air conditioning have been taken into consideration.”

Adjacent to the venue, The Satellite functions as Saturn’s coffeehouse and bar. The bar offers a selection of local brews as well as craft cocktails mixed by a very knowledgeable staff. Renowned mixologist Steva Casey serves as Saturn and Satellite’s bar manager. Thoroughly published and highly experienced, Casey has developed a reputation for creating some of the best cocktails in Birmingham.

Since the venue’s announcement, Saturn has received numerous comparisons to the now-closed but unforgettable Bottletree Café. Given the alignment of details, from Teasley’s involvement to the venue’s opening following soon after Bottletree’s closing, it seems like a reasonable association. “People can see some similarities, but Saturn isn’t necessarily Bottletree 2,” says Smith. “Much of our staff are former Bottletree employees, so you can expect the hospitality that artists and guests knew there.”

And there will be plenty of venue support for local artists. There will be game nights, flea markets, and other events. We’re also getting a larger space, bigger stage, and more touring, national acts. You’ll see some familiar features like the mirror-clad deer head that greeted visitors at Bottletree. The love for indie music and musical discovery remains, and has plenty of room to grow. “We all have that similar ethos in the background,” says Smith. “That’s our roots.”

As much as it will recall the past, Saturn represents the progress made in Birmingham’s music scene, a sign of where we’ve collectively arrived. Venues like Bottletree set the scene in motion when they started years ago. Now our scene is thriving. We have artists and venues bringing in attention from around the U.S. and beyond.

Saturn’s first show was on Friday, May 1, 2015. The venue celebrated their grand opening with Mother Falcon, Dead Fingers, and Helen of Coi. Saturday night saw Octopus Project and Nowhere Squares.