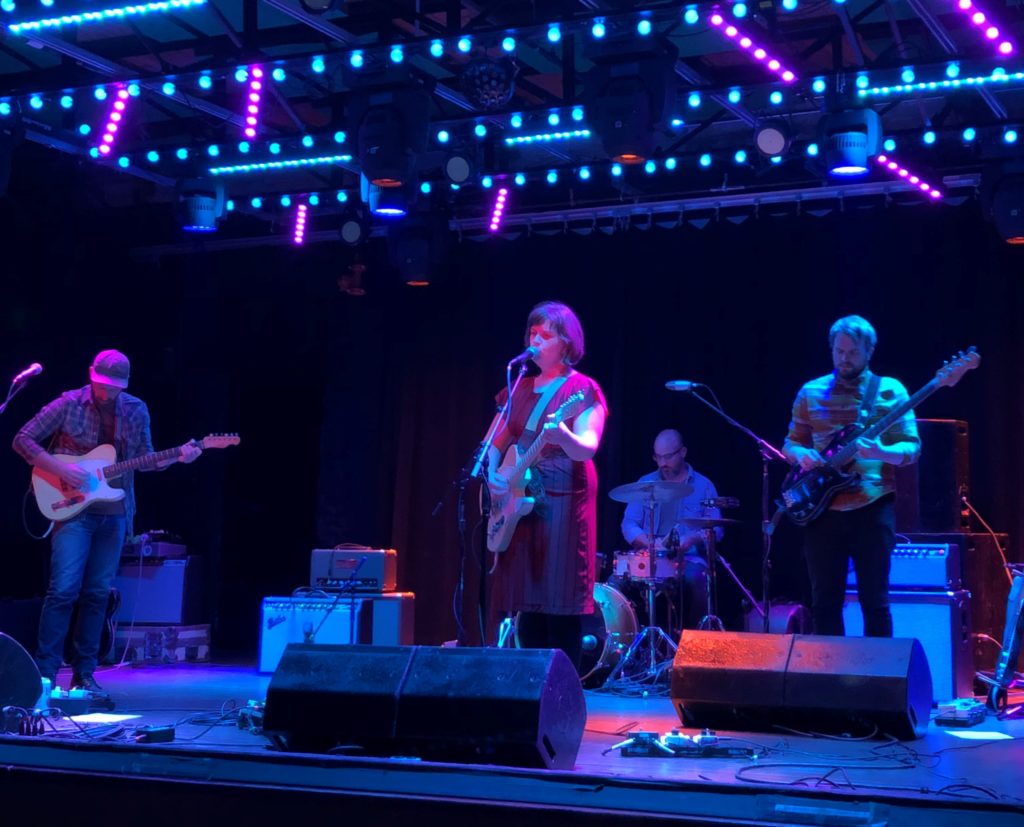 An unassuming Tuesday night at Saturn still turned out to be quite memorable thanks to solid performances by two female singer/songwriters.

The jangly mid-tempo storytelling of “Nashville Girls” kicked off the set of Birmingham’s Janet Simpson. Her band (later identified as the Sweet Bandits) consisted of three other local musicians including frequent collaborator Will Stewart. The song drives into a crescendoing solo by Stewart, a pattern that, along with his vocal harmonies, complemented Simpson’s lyrical narratives, powerful vocal delivery, and rhythm guitar playing.

The second song was anchored by a train-like, steady drumbeat with the melody of the music and Simpson’s vocals delivering a classic, dare I even say, honky-tonk, country vibe.

With the pedals of the three guitarists manipulating each song, the third song (and several others that follow) sounded like a haunting, musical re-enactment of a Flannery O’Connor short story.

Towards the end of the set, Simpson acknowledged it was the band’s first time playing Saturn as simply Janet Simpson, though the same group of musicians had played under other monikers like Timber. The camaraderie was evident from the ways in which the musicians locked in sync with each other as well as frequent light-hearted banner. 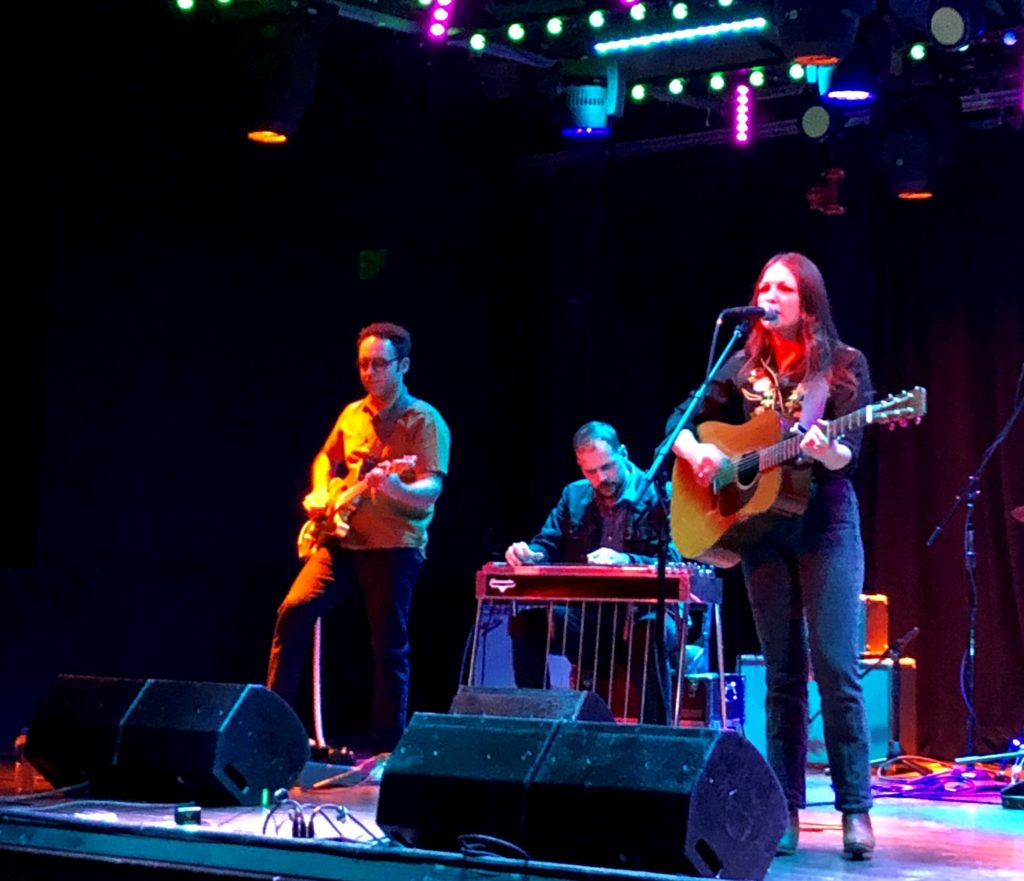 The first song of headliner Kelsey Waldon’s set opened with an electric arpeggio and vocals presenting vivid images of heartbreak before the band kicked in, including a pedal steel player whose contributions added a distinct Nashville flavor.

The song “Kentucky 1988” came next, which Waldon described as “a song about my upbringing.” The interplay between the lead guitarist and steel player was especially memorable.

The next tune delivered a straight country beat until veering into a bit of swing for a few bars. The “working in the mine” lyric definitely reinforced Waldon’s roots, a sentiment of hard work and difficult circumstances that she would divulge in several other songs like “Black Patch.” Later on, she would tell the crowd that all the songs for the new album were written in a Kentucky cabin.

Halfway through her set, Waldon acknowledged the sparse crowd, but promised a good show regardless since they “play for who shows up.”

A bass-led intro to a song about “preaching love to my brothers and sisters” helped break up the straight country for something a little more swampy. She then introduced the title track of her new record (White Noise/White Lines) by saying that the album was coming out on John Prine’s Oh Boy Records.

A selection of older songs followed and Waldon gave the band a break, a move that allowed her songs to shine through in an acoustic setting. She also took a moment to let us know it was her tour manager’s birthday and led the crowd in the “Happy Birthday” song.

The final two tunes were a funk-country number in which she introduced the rest of the band and a Bill Withers cover.

Story and Photos by Chris K. Davidson. You Can hear Davidson play in the band Waterwells.