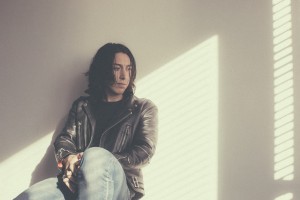 On October 20, Seattle-born artist Noah Gundersen will transport the soulful melodies of his newest record, Carry The Ghost, to the stage of Birmingham’s newest venue: Saturn. Composition of this new record began while on tour for Ledges and carried on until just two months before the recording began.

In its entirety, Carry The Ghost is a powerful blend of lyrics that stem from Gundersen’s deepest internal ponderings and existential questions encountered in his growth as an individual. He takes his lyrical skill to new depths as he discusses issues of identity and independence, communicated through his raw voice and mesmerizing melodies.

Gundersen’s style has expanded and developed from its simple beginnings. His musical influences include Tom Petty, Bruce Springsteen, Bob Dylan, and countless others that have helped inspire him in his undulating journey as a musician. “The art grows and changes as I grow and change,” Gundersen states. Carry The Ghost is filled with these changes as he opens himself up for raw inspection, striving to deal with issues he encounters rather than ignoring them. As his song “Selfish Art” proclaims: “there’s nothing more sincere than who we are.”

When asked what is different about this tour than previous tours, Gundersen commented on its extended length and larger scale of production. “We have lights this time,” he says, and there are more people involved in making the tour happen and run smoothly. He’s very grateful for the support of his roommate and merchandise coordinator, who has been with him through the entire touring journey.

From his experiences at other concerts and performances of his own, Gundersen knows that the vibes and emotions in one place are never the same as the next. You know it’s a good show, he says, “when the chemistry of the room and the audience is in synch.” It’s a rare experience but a powerful one, and when this chemistry graces his own performances, those are the nights he remembers the most.

Noah Gunderson will play at Saturn on Tuesday, October 20. Doors open at 7 p.m. The show begins at 8 p.m.

Cover photo by Kyle Johnson. Above by Phillip Harder.