While the 8-bit beeps and buzzes of their chiptune portfolios may elicit instant nostalgia, nerdcore artists Mega Ran and MC Lars are turning over a new leaf for their latest joint project. The two chip-hop lyricists have a new album in the works, delving into works of classic literature for their inspiration.

The upcoming album, Dewey Decibel System, is due out on June 7, and the artists have joined fellow nerdcore acts MC Frontalot and Schaffer the Darklord on a cross-country campaign, the Mt. Nerdcore Tour. On Saturday, May 11, the musicians roll through Birmingham to play at Woody’s, brought to you by Heady.Made.Weird. We spoke with Mega Ran and MC Lars ahead of their show to learn about the new collaboration, inspirations both old school and really old school, and video games as an art form.

Magic City Bands: The Dewey Decibel System covers a lot of ground, from graphic novels to Shakespeare. How did you pick what stories and characters to adapt?

Lars: We started with a very, very long list with books we thought middle school-aged kids would know, or want to learn about, then expanded to high school. We included some of our favorites (Watchmen and Between the World, for example), and after we recorded about 22 songs, we picked our favorites. A lot of the selection process was in how well the themes paired with the music we worked on. It was a long process with a lot of editing.

Mega Ran: We sat together and talked about what we liked best and then eliminated, coming up with a concise group of classics both old and new. 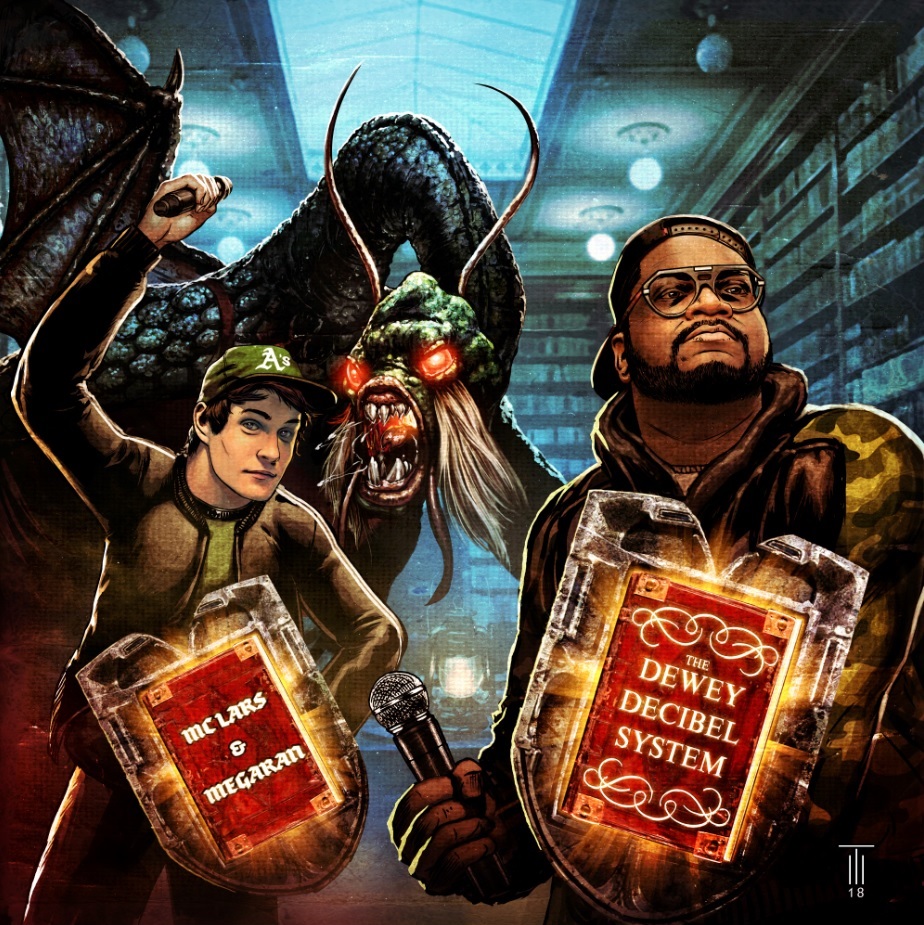 MCB: You guys feature quite a few literary classics for The Dewey Decibel System, and you both have a background in nerdcore hip-hop. There’s an ongoing debate of whether or not video games can be art, so what do you think? Could you point out a game or two that quashes any doubt about the medium’s merit?

Lars: Ebert’s claim that video games “can never be art” was a decade ago and I think that, since then, video games have evolved a lot, so much so that they are more immersive than some movies. I interview Howard Scott Warshaw on my podcast recently (the creator of many Atari classics, including the ill-fated ET game), and he mentioned how Yars’ Revenge is featured in the MoMA as one of the greatest video games of all time. I think the distinction of art v. video games is gate keeping. As mediums change, so does our way of communicating.

Mega Ran: I’m not sure how one could play Journey, and not realize that games are art. That is a beautiful experience.

MCB: How did your initial meeting at Comic-Con ’08 lead to a lit-hop collaboration?

Lars: I had heard Mega Ran’s work and was a big fan. We wrote a song about nerdcore’s need to grow in 2009 and in 2011, while on tour, we recorded a song based on the Tell-Tale Heart by Poe. Since then, we decided to do more and more and created this album of which we are both very proud.

Mega Ran: I remember watching Lars and thinking his music and attitude were awesome. So I knew a collaboration had to happen! 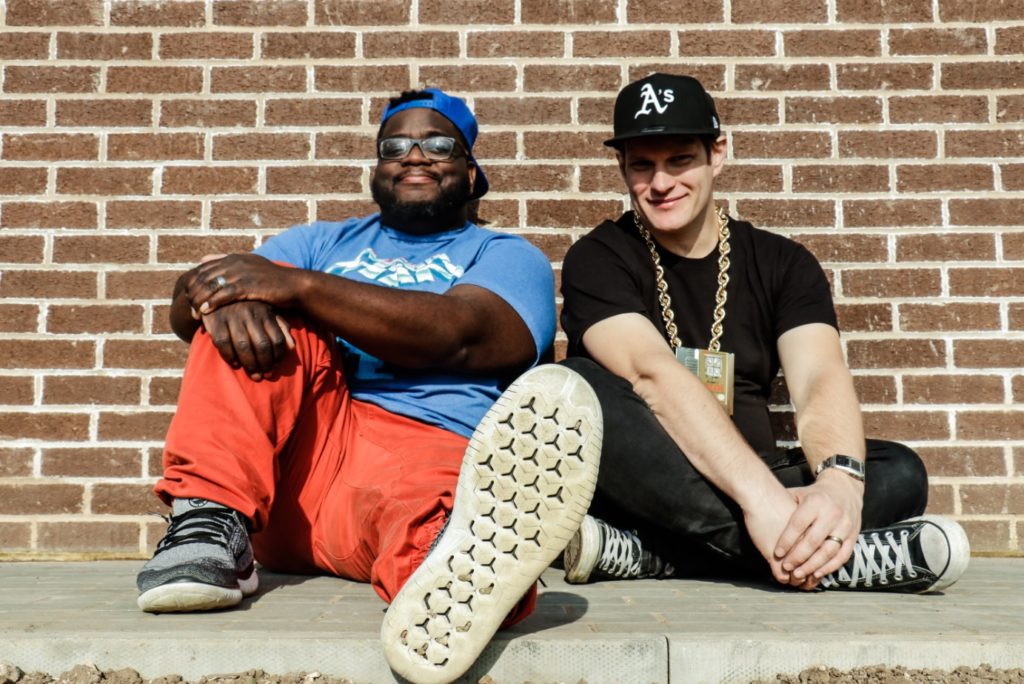 MCB: Musicians are entering brave new territory to share their music and reach new listeners. In your experience with Kickstarter, do you see it as a viable route for most indie musicians who want to release an album, or an exception to the industry norms?

Mega Ran: I absolutely do. You have to bet on yourself. No other way to know if you have what it takes if you can’t get the support you need to put together a release.

MCB: Your storytelling has traditionally paired well with your chip-hop style, but how has the composing process changed to accommodate the literary material you’ve prepared for DDS?

Mega Ran: Thank you. I love telling stories and I think it helps a lot that Lars and I are both English majors, so approaching these songs like a writing assignment really helped. There were times that he’d suggest ideas that I’d never have thought of for composition and structure. I’m so happy at how this came together! 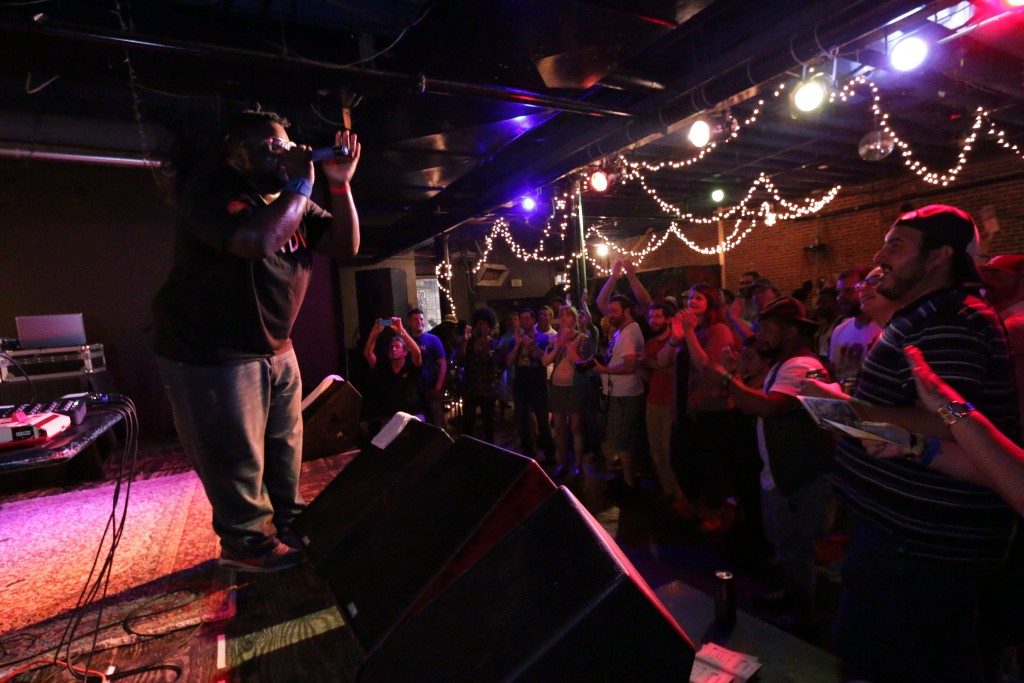 MCB: It sounds like “Walden” draws from Thoreau’s idea of getting away from our modern distractions and being in-the-moment. When you’re in the middle of frenetic tour, how do you find time to live deliberately?

Lars: That is great question! You really don’t. You get behind on so much, and with the need to keep creating content and promoting shows, you lose touch with the “artistic” side of performance. However, on stage, I get into a sacred place of spontaneity and fun, that is not unlike living on a cabin and having full freedom, perhaps. But, honestly, because of the stress of touring, these days I’m only out about five weeks a year, whereas years ago, I would tour six months a year.

MCB: This Gigantic Robot Kills released ten years ago. Can we expect to hear anything from those days on the new tour?

Lars: I am playing a number of songs from that album, including a track with MC Frontalot that I don’t get to play when we are not together. It’s been an awesome year, and I love touring with my friends.