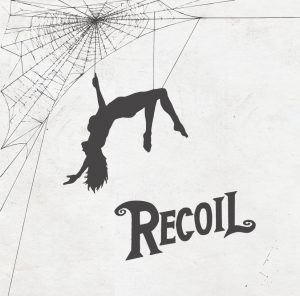 With a solo discography that traces back to 2008, Matthew Mayfield’s signature smolder and relatable songwriting are well documented. Drawing from some tumultuous highs and lows, Mayfield has committed a new introspective journey to record, 2016’s Recoil. Resonating with both loyal fans and newcomers, the album reached #4 on the iTunes Singer/Songwriter chart.

Recoil’s tales of love, loss, faith, and betrayal all draw from his personal experiences, and the sincerity behind his performance is hard to deny. “It was all therapy,” says Mayfield. “I had been through a breakup, lost people, so much. Recoil is the sound of getting it out.”

Mayfield recalls overcoming a creative dearth in the winter of 2015. “I had my first case of writer’s block,” he says. “I had been through a lot at the time, and whenever I picked up a guitar, it felt like a brick.” After giving some thought to the troubles that caused his block, Mayfield began to build on an idea, eventually writing the first of his Recoil tracks, “God’s Fault.” 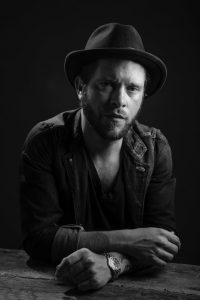 The rest of the new songs came soon after. For Recoil, Mayfield delved deep into the theme of grief, exploring the subject from all sides. “Grief doesn’t always be bad,” he says. “Of course there’s sadness, but there’s also healing.”

Setting the tone for much of Recoil, “God’s Fault” is haunting and ambient, with emotions coming in stages as the beat picks up until the vocals reach a cathartic intensity. Here he’s honest and vulnerable, willing to own up to himself. Written for the passing of a friend, “Indigo” is actually one of the album’s most uplifting numbers. “It’s believing in hope after the storm,” says Mayfield.

Cold and menacing, “The Wolf in Your Darkest Room,” allows Mayfield to personify his own demons. The depth of Mayfield’s voice has never felt more sinister, and the industrial static that sets in signals just how chaotic and uncontrollable one’s personal troubles can be.

The record is not without its love songs. “Raw Diamond Ring” is a genuine love letter, written at a high point, while acknowledging the challenges that come with making a relationship work.

Recoil’s first track, “History,” is a song of loss with sparse instrumentation. Mayfield’s voice is accompanied by little more than a finger-picked electric guitar. “To me it seems like the oddball,” says Mayfield. “There’s always a lot of pressure on track one. I wanted to keep this one bare bones, though.”

“History” was the album’s first hit, and the lyrics are immensely relatable for anyone who’s seen a sure thing fall through. “I love hearing people tell me that they find something to relate to in my songs,” says Mayfield. “That’s why you do it. You can forge a connection with people who have been in that same place as you.”

Recoil was recorded at The Smoakstack in Nashville, with producer Paul Moak. Mayfield and Moak have a long history together, including Mayfield’s 2012 album, A Banquet for Ghosts. “It’s great working with Moak,” says Mayfield. “He’s not afraid to experiment sonically and he’s set up his studio to do anything in the moment. If inspirations strikes, it’s ready for you.”

Recoil is available on iTunes, Spotify, and on his official site.