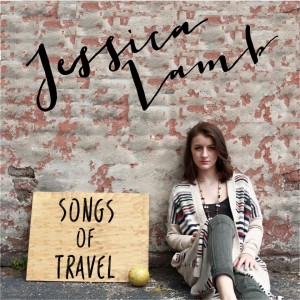 On August 25, Birmingham native Jessica Lamb’s EP, Songs of Travel released on iTunes, with five songs of growing up, exploring new places, and finding where one really belongs. Lamb describes her genre as upbeat pop, but with substance. Her music favors that of Ingrid Michaelson and Sara Bareilles, projecting strong vocals and meaningful lyrics.

Lamb says the theme of travel was incited by constantly being on the move her junior year of college. Lamb traveled to Cambridge, England for a study abroad program her spring semester and then moved to California for the summer.

“Those six months were important to me in figuring out myself and what I want to do the next couple of years,” Lamb says. “So many of the lessons that influenced my life now, I learned during that time.”

Finishing her journey, she arrived home and experienced the unwavering support system of her friends and family, which was the inspiration for another song on her EP, “Call This Home”.

Lamb’s single, “Just Don’t Have the Time”, was written about the culmination of her time at college and her hope for the unknown future.

“We were getting ready to graduate, and friends were really bummed. I realized there’s so much more out there for you,” Lamb says. “I want my song to be an encouragement that everyone should go forth and accomplish what they dream of doing when people say you can’t.”

Lamb recorded the EP in Muscle Shoals with a hired band for the backup music. “I was nervous to see how the songs would turn out [with a band] because they had all been acoustic at that point.” Lamb says.

Her producer also assisted mixing songs together. They, along with the band, collaborated on what worked and would bring Lamb’s songs to life. The team would listen to the acoustic version of Lamb’s song and then play tracks with the electronic instruments and discuss what worked.

“It was really cool having everyone together and getting their input on it,” Lamb says.” It made the songs so much better than I would’ve expected because they had ideas that I never would’ve thought of, but I loved.”

The EP was completed in 20 days and Lamb carries such a gratitude in regards to her time with the band and everything they taught her.

“I think if I had had different people and they didn’t have such a great understanding and vision of what I wanted, it would have taken a lot longer.” Lamb says.

While recording in a studio was a new experience, songwriting is a more organic process for Lamb. She didn’t start songwriting until college, but it is her favorite and easiest part of the process. Lamb emphasizes how important lyrical quality is to her as a musician. She typically starts with a lyric idea or a random verse and arranges the melody later.

“I focus a lot on lyrics, and then once that happens I naturally fit the music to it.” Lamb
says.

The process appears successful for Lamb because not only has her EP appeared on the iTunes top 100 chart, Starbucks has also selected two songs, “Cambridge” and “Let Me Be” for
its fall playlist.

Lamb starts the first leg of her tour on Sept. 4 in Cleveland, Tennessee. She proceeds up north and along the east coast, returning to Alabama at the end of September. For more information or to catch a show, go to Jessica Lamb’s Facebook page or JessicaLambMusic.com.