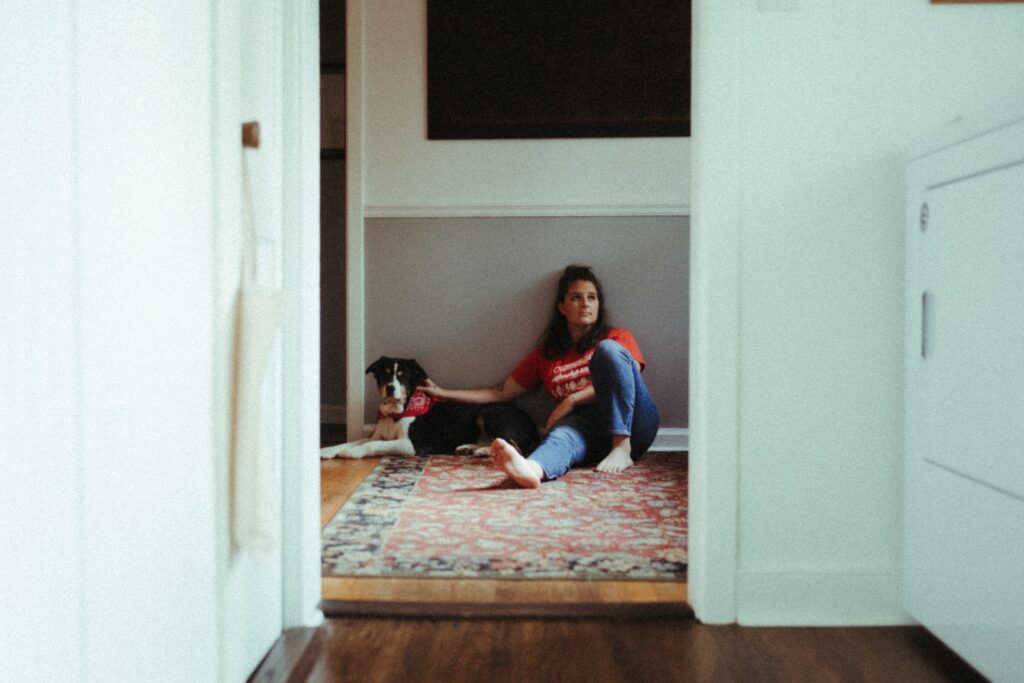 A wistful banjo and aspirational lyrics kick off the title track and opener of McKenzie Lockhart‘s first full-length album, Kindness of Strangers.

A native of Muscle Shoals, Lockhart has created a simple, yet absolutely lush collection of songs where every twist of phrase (“All The Pretty Things” has a verse about multilevel marketing and Etsy stores that will have you in stiches), every harmony, piece of instrumentation and hook infiltrate your subconscious in the best way possible. Guest vocalists include Andy Baxter of Penny & Sparrow and the legendary John Paul White (solo artist, Civil Wars, partner of Shoals-based Single Lock Records).

We spoke with Lockhart about the recording and writing of this album, how the “kindness of strangers” has really affected her life, the “work in progress” that is the Muscle Shoals scene, and her favorite underrated bands from the area.

Chris K Davidson for Magic City Bands: Are you from Florence originally? If not, how did you arrive there?

McKenzie Lockhart: I was born in Gadsden, Alabama but we moved to Muscle Shoals when I was two years old and stayed there most of my life. I’d say I’m from Muscle Shoals. Grew up there and stuck around after high school trying to make music and figure out life. I ended up getting an internship offer in Nashville. It was with a ministry I’d been involved in, so not music-related but it gave me the opportunity to “test out” Nashville. I stayed 10 months. It wasn’t for me. Most of what was going on musically in the Shoals was happening in Florence and it was still “home” – just the other side of the river. I landed back in the Shoals in 2015 and have no plans of leaving any time soon.

MCB: Plenty of people know about the popular music that came out of Muscle Shoals, but who are some of the more underground acts that you enjoy and what is the overall local scene like these days?

ML: I mean…am I allowed to say Carver Commodore? I know I’m married to the front man, but even if I wasn’t – hands down the most underrated band in the Shoals and just in general. They’re incredible. I’m also a big fan of what Wanda Band is up to these days. She splits her time between the Shoals and Huntsville and is really making both music scenes go round in my opinion. Carver and Wanda work so hard to put on great shows and the work pays off.

Overall, the local music scene is interesting here. Lots of young artists and lots of production/studio side folks here and moving here to work which is awesome. I do find that the scene here is purely artist-driven. Venues don’t promote. Locals don’t promote. You pretty much have to kill yourself to get people to come to a show and actually pay for a ticket. I’d love for the community to start driving the scene! I’d love to see more venues pop up that have more experience booking and promoting shows. It’s a work in progress but, lots of wonderful history and lots of potential.

MCB: You’ve released a few EPs over the past five years, but this is your first official full-length album. How long was the process from writing to recording and what are some key lessons you learned as a songwriter, singer, and musician during the process?

ML: Some of these songs are really old. I’m not the type to churn out songs or even really treat music like a job these days. I just happened to have maybe six to seven unrecorded songs that I wanted to develop and also had released some acoustic/vocal songs that I felt could benefit from a fully produced treatment. It took some convincing to pull the trigger and I didn’t have any money, so my producer suggested I ask my friends for $5 kind of as a joke. But I posted it on Instagram and a couple days later had $900. It took me a little over a year just to fund it between donations and some income from licensing. We recorded all the main tracks in summer of 2021 and I released the record August of 2022.

I think I learned more about myself BEFORE I decided to make the record and the things I had learned about myself played out in that process. I learned more of what I actually sound like and felt like I knew what the sound of this record needed to be more than any other thing I had made before. It sounds like me! I know that, for me, making music is likely never going to be my full-time gig, and I think I finally feel great about it. The music world, as far as professionally, is baffling to me these days. With TikTok and the content machine, I just don’t think I could keep up with it and also keep loving it and making things I’m proud of. That realization took the pressure off so I could make the record I wanted and not the record I though professionals would like. 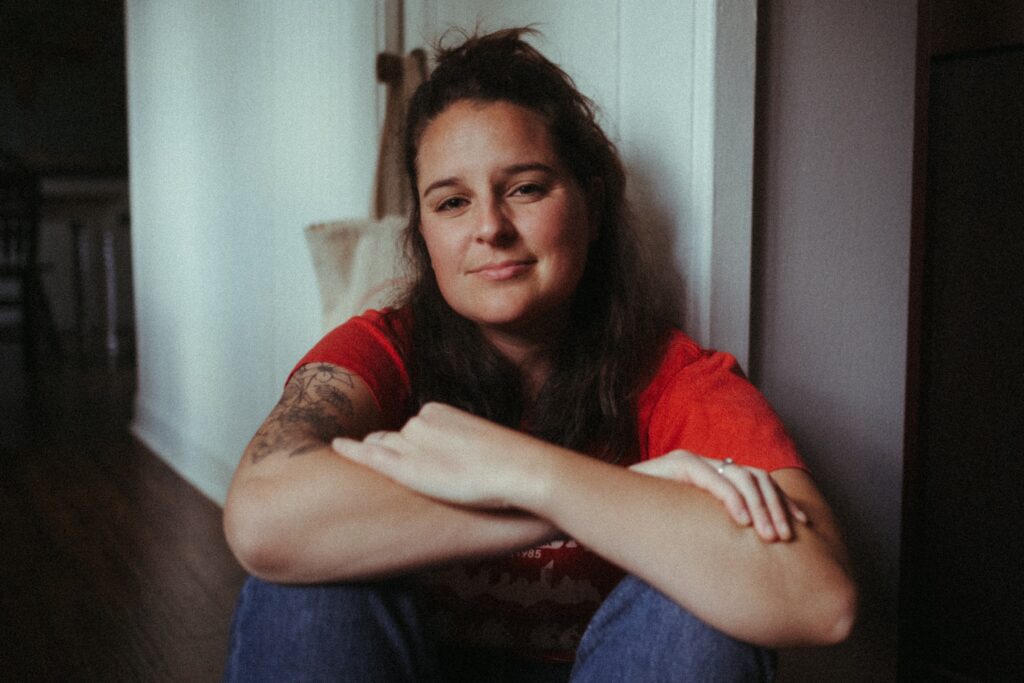 MCB: What are some of your favorite songs or lyrics on the album? What inspired them?

ML: I think “Believe You” is my favorite song I’ve ever written. Musically and lyrically. The range is just really comfy for my voice. It’s in my sweet spot. Lyrically it’s just sincerely about my insecurity and attempt to take people at their word rather than questioning constantly, but it leaves that tension present for the duration of the song because that type of thing is never going to just be cute clean and resolved.

“Kindness of Strangers” is the last song I wrote (with my husband, Payton) for the album. It’s about our experience on a road trip with our friends. Our minivan had a random electrical malfunction and as we hit “unlock” on the fob, the van stayed locked and instead…the alarm started blaring…for what felt like an eternity. Unfortunately, we were at a beautiful stop in the Badlands where many park visitors were *trying* to enjoy the sunset in peace. (“I am a foreigner in the Badlands. Knocked down the canvas of the sky. Got into trouble, just so happens, I was delivered in the night. I rely on the kindness of strangers to keep me from danger in the wild.”)

Some kind strangers ended up getting us a hotel room and dropping us off to get some rest so we could call a locksmith in the morning. All was well thanks to those heroes!

MCB: Were there any songs that you were hesitant to put on the album that you’re now glad you did?

ML: I was unsure about “All the Pretty Things.” I tend to take myself a little too seriously as a songwriter and was worried the silliness of that song would fall flat, but it’s been really fun to make folks laugh with that one.

MCB: Tell us about the title “Kindness of Strangers.”

ML: The title comes from the story about the Badlands and our kind strangers rescuing us, but making that the title track only made sense when I thought about that fact that SO many friends and strangers helped give me the opportunity to make the record in the first place. Asking for money is always weird, but people were so generous. Most people gave $20 or less, so it truly was a little at a time but it all mattered! It meant so much to me that people didn’t need anything but the promise of a record. It wasn’t a Kickstarter. No t-shirts or zoom calls. The record was the only “reward,” and folks still cared enough to donate.

MCB: What are your plans touring-wise for this album?

ML: You know, I did DIY touring for a few years in my early/mid-20s and it is tough. I pretty much only ever lost money. I think this time around I’m trying to choose the shows that make the most sense – places I know folks will show up. I’m 30 now and I know that’s not old, but those late-night solo drives are not for the faint of heart. I’m keeping touring for this album to the Southeast for now. I played my release show in Florence and another show in Decatur, Starkville, Mississippi last week and Birmingham is my next stop (October 1). I’ll be in Nashville and Lexington, Kentucky October 20 and 21. Those are my only plans thus far, but I’m sure I’ll make a few more stops before the end of the year.

MCB: Finally, a question I ask everyone: What are five albums you can listen to from start to finish at any point?

I’ll dedicate my 5 to the ladies!

McKenzie Lockhart will play the Birmingham Loft Show on Saturday, October 1st, with Wilder Adkins and Brotha Josh. Doors open at 7 p.m at Phoenix Lofts, with a $7 admission. Find out more information on the venue’s Instagram page, @bhamloftshow.

Photos by Katie Sura. Chris K. Davidson is a musician in the band Waterwells.