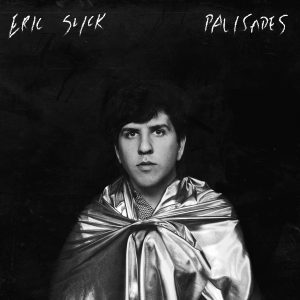 Eric Slick, drummer with Philadelphia’s Dr. Dog since 2010, will be rocking out with his new album at Saturn on March 20 with the Districts. Slick told Magic City Bands that Saturn is “phenomenal. I am coming to Birmingham to get really weird, and I hope people are okay with that.”

About his performance, he says, “People will be surprised at how dark it is, given that I’m a ray of sunshine when I’m not onstage.” Palisades is his first solo album, which he says is all about “meditation, death, self-help, dream therapy, tarot, and mysticism.”

“I know it’s the funny trope: indie rock dude goes to the woods and makes an outsider record,” says Slick. The inspiration for this is Slick’s background in using meditation as part of his songwriting process over the years. He also used Jungian dream therapy to help reinvent himself. He says that meditation has made “my life better. I would encourage people to start meditating. It’ll change your life.” He found writer Spalding Gray an inspiration for this meditative lifestyle.

Palisades shows how over 2014, his songwriting was affected by this thinking, and through songs like “You Became the Light” and “The Dirge,” he found meditation inspiring music. Slick has no idea why he sings about the Palisades Parkway in New York during his dream title track “Palisades.” Eerie tracks such as “Evergreen” and “Into the Void” echo British bands including XTC and Procol Harum and also reflect themes from Robert Wyatt, Brian Eno, and Van Dyke Parks. Slick‘s eclectic musical inspiration for his musical career also spreads to artists such as Frank Zappa, Bjork, and Harry Nilsson.

Emphasizing that this is not a break-up album from the band, drummer Slick explained that Dr. Dog “has taught me mostly everything I know about what to do and what not to do in music. I’ve learned how to restrain myself from being an idiot, at least half of the time.”

Slick will take his solo tour across the States starting at SXSW in Austin, Texas, and will make the album Palisades available on April 21 at EggHunt Records. Check out ericslick.com for future tour dates and more album information, including two more Slick projects coming down the pipeline.