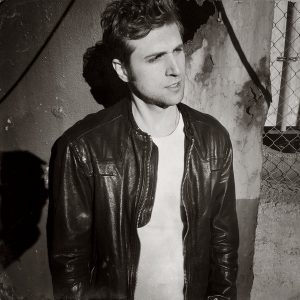 Radiator King is ate punk rock effort of Boston native Adam Silvestri. Silvestri has been featured in publications such as Brooklyn Vegan, Punk News and Daytrotter. His latest Radiator King Album, A Hollow Triumph After All was recorded at NYC’s Vibromonk Studios by producer/engineer Jesse Cannon, and features an all-star cast of session players including drummer Brian Viglione (Dresden Dolls, NIN, Violent Femmes) and accordion player/keyboardist Franz Nicolay (The Hold Steady, World/Inferno Friendship Society). The bulk of the recordings were cut live to tape. Radiator King’s strained rock sound is reminiscent of something between the sound of anguish in Harry Nilsson’s “Without You” and the gruff rockiness of Bruce Springsteen!

A Hollow Triumph After All combines folk, punk, anthemic rock & roll, and indie-Americana with the bizarre sad and happy mesh that is New Orleans jazz funeral second line. Featuring Viglione & Nicolay, the record celebrates living life to its fullest but also believes in man’s mortality. 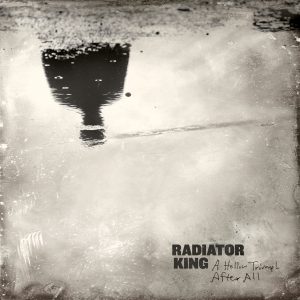 In reference to the album, Silvestri explains that “When I was working on the demos for this album, I left a lot of room for interpretation. I wanted people who would understand intuitively what I was going for, which is a tough thing, but Jesse helped me find the right people. Vibromonk is essentially a warehouse—just this big open space. I wanted to deal with raw emotion. For musicians to follow their instincts and impulses. The beautiful moments in recording are unplanned—when you lose yourself, and you’re just playing and having a dialogue with the people around you.”

When I interviewed lead singer Silverstri, I asked him about the influences behind band formations, the album, and the image.

Oliver Simpson: Tell me about your formation and how you came to be in a band. How, with you as its main centerpiece, did it come together, and how did you discover your sound and musical bent?

Alan Silvestri: I used to be in a band in Boston called Margin Walker. While I was playing with them, I wrote some songs that didn’t really fit with the band’s sound so I just shelved them. When Margin Walker broke up, I decided I would go into the studio and record those songs and begin a project where I could function as a solo act as well as a band. The freedom that this type of situation offered was exactly what I needed. I absolutely love the band camaraderie but the problem with a permanent band is that if everyone is not on the same page commitment wise, it can lead to a lot of grief and conflict.

As far as the sound goes, it’s not as if you wake up one day and say “Aha, I’ve discovered my sound!”. It’s a long natural evolution that is continuously unfolding.  I would say what shaped much of my sound is a combination of limitations, musical taste and experiences.  I’m really drawn to raw, emotional sounding music.

OS: How is it to be a professional musician and how is it to complete an album with your band?

AS: Being a musician has its ups and downs just like anything else. When things are going good it’s amazing, when they aren’t going so great it can be tough.  But through it all, I always remember that I’m in it for the long haul. I think this is what separates the amateurs from the pros.  I’ve made the decision that this is what I want to do with my life and I work really hard at making it happen.

Completing an album is a powerful thing.  By the end you feel totally depleted because for the previous year or so you have given all that you have to make it the best piece of work it can possibly be. When it is complete, and you can look back and say “I made a great album,” well that’s an amazing feeling. To do it with a group of guys that you love is just incredible.  You’re down in the trenches with them and when it’s all done you share a bond that’s irreplaceable.  Making music with close friends is one of the greatest gifts being a musician has to offer.

OS: What does it mean to you to be a native Bostonian musician?

AS: I love my Boston family and friends.  Since my music deals a lot with memories and stories, I draw a lot from my experience growing up in the Boston area. There is a certain working class culture that exists in New England and it’s a tradition I am proud to be a part of. That work ethic, the solidarity and spirit have definitely had a huge effect on who I am, not just as a musician but as a person as well.

OS: Do you have a favorite lyric from one of your songs? Or a favorite song?

AS: I think the song on the album that hold the most meaning for me at this moment would be “So Long (Charlie).”  The tune depicts a scenario of the final moments as an individual accepts the ending of an event or chapter in his life.  Someone close to me had gone to jail not too long ago and I can recall thinking about them a lot during the writing of the song.  I tried to imagine this person and how they may have responded to this difficult situation.  The subtle details of the tune, such as the music that was playing, the day of the week, and the clothes the character was wearing were the crucial elements in revealing the song’s character and his story.

OS: You describe your latest album, A Hollow Triumph After All, as snaky, dissonant junkyard psychedelia and ebullient hook-heavy rock & roll, and including church-organ folk-punk dirges. Would you like to comment on this eccentric mixture and what it means to you in the context of this album or simply in life?

AS: During the writing of this album I was really drawn to primitive sounds.  A lot of the songs center around the percussion and the sound I was hearing was not a typical rock drum kit.  I aimed to get more of an industrial and tribal sound because to me that’s more human.  We banged on a lot of strange objects to achieve this.

It was really important that each song on this album had it’s own unique character.  I spent a lot of time writing these songs and getting to the heart of the emotion I am trying to convey.  Therefore, the sound of the song, from the instrumentation to the vocal inflection and tone, had to be deliberate.

As far as the different mixtures of music on the album, I am always exploring new styles and sounds. As a songwriter, it’s really important to constantly be turned on to new ideas and synthesize them in order to grow.  That exploration keeps your music interesting and fresh and if I ever get to a place where I feel there is no more room for growth, well then, it’s time to hang up the boots.

OS: Being based in Birmingham, we have a really great food culture. If your music was to be a dish or a drink what would it be?

AS: A T-bone steak cooked rare and scotch on the rocks.

Come and listen to the psychedelic and rock and roll sounds of the Radiator King at The Nick music venue this Monday, May 15 at 10 p.m. He’ll be joined by Hey Suzannne and Milk Jug. The Nick is located at 2514 10th Ave South, Birmingham, AL 35205.