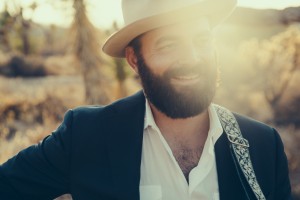 Tonight, the newly renovated Lyric Theatre will host Drew Holcomb and the Neighbors, harmonious Americana from Tennessee. Holcomb and company are touring in support of their most recent album, the self-released Medicine. “It’s been our best tour we have ever had,” says Holcomb. “The response to our latest album has been overwhelming for us.”

Holcomb’s music features classic folk fingerpicking reminiscent of Mississippi John Hurt. In “American Beauty,” the finger-work holds up the rhythm while simultaneously introducing the song’s melody. On the other hand, Holcomb showcases his rock sensibilities with twangy guitar and harmonica on the up-temp “Good Light.”

Vocally, Drew and his Neighbors thrive on harmony. Holcomb’s wife, Ellie harmonizes in true Americana fashion, and trades lead vocals on tracks like the sentimental “The Wine We Drink.” And the mellifluous “Avalanche.” The two met while in college were married in 2006. Soon after their wedding, they formed a band with Rich Brinsfield and Nathan Dugger. Since all the members shared a postal code, they named their outfit The Neighbors.

While Holcomb had already released both an EP and full album prior to meeting Ellie, he considers their relationship a major turning point in his music. So what would he be up to if they had not formed the band? “I’d probably be a history professor who had a weekend cover band playing Tom Petty songs,” he says.

While Southern roots are apparent in his music, Holcomb draws inspiration from near and far, including a stent he spent in Scotland. He attended Scotland’s University of St Andrews, where he acquired both a Master’s degree in Divinity and an affinity for golf.

Now it’s highly likely that thoughts and themes from Holcomb’s studies make an appearance in his songwriting. “My music is definitely about the search for meaning and identity, loss and hope and all the paradoxes in between,” he says. “I wrote my thesis on Bruce Springsteen and the musical search for meaning. So I am sure it spills into my writing.”

While he’s enjoyed some memorable performances and a strong reception so far, this tour has allowed Holcomb a few opportunities to pursue a few other interests as well. As an avid golfer, he’s managed to sneak in a game per week. He’s also a first-edition book collector, and recently snagged Steinbeck’s Travels With Charlie while in California.

The tour has also brought the band into some of the country’s treasured historical theatres. Having already performed at the Bijou in Knoxville and the Orpheum in Memphis, the band is eager to play on The Lyric’s restored stage. “I was thrilled when I heard about this renovation,”
says Holcomb. “Most of our favorite venues are renovated historic theatres. We can’t wait for this one.”

They won’t have to wait long. The show is tonight at 8 p.m. Marc Scibilia will join the band this evening. The Lyric is located at 1800 3rd Avenue North, Birmingham, AL 35203.