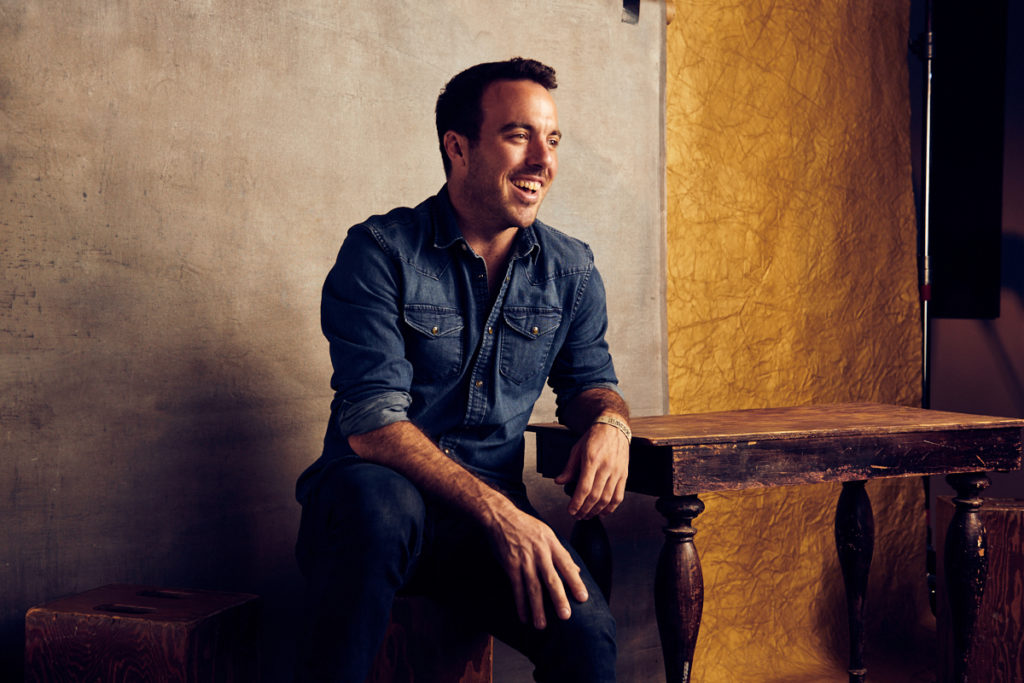 Country/folk singer Ben Danaher will be opening for Aaron Lewis at Avondale Brewing Company Friday, August 23rd. We caught up with Danaher to talk about his biggest inspirations, favorite things about touring, and why he loves being a musician.

Magic City Bands: What or who got you into music?

Ben Danaher: Pretty big family influence on that one. My dad was a songwriter and we had a recording studio that he built on the side of our house when we were growing up. My brothers all took to it. My eldest brother was a drummer and my middle brother played guitar for an artist named Pat Green for about twenty years. So, I kind of came about it pretty naturally and then got heavy into the songwriter scene, started listening to a lot of Guy Clark, Rodney Crowell, Jerry Jeff Walker.

MCB: Who inspires you?

BD: My main influence is my dad, but it ranges everywhere from those guys I just mentioned. One of my bigger influences is was guy named Allen Shamblin, he’s a staff writer in Nashville. He wrote “I Can’t Make You Love Me” and “The House That Built Me” for Miranda Lambert. Then Merle Haggard, Ray Charles, guys who kind of went against the grain, did their own thing.

MCB: What is your creative process when writing new music?

BD: Well, if I have time it’s been starting usually with lyrics. I tend to usually pull the guitar out and just hum things until a couple lines make sense. The other day I actually was driving and I kind of wrote a poem for half of a song. It depends on what resources are around me, but usually an acoustic guitar and me just trying to put together lines until a story makes sense.

MCB: What inspired your most recent song, “Someone Else’s Lover”?

BD: That was a breakup I went through with a girl that I dated, and after we broke up we had a lot of mutual friends, so it was kind of getting a front row seat to watching someone you just broke up with be happy. It’s kind of a gnarly thing.

MCB: Since you’re on tour right now, what is your favorite thing about touring?

BD: I love getting to meet new people. We’re in a different city every night which is a first for me. So on this tour with Aaron, I’m getting to meet a lot of his fans. People are getting to discover my music for the first time, so it’s very validating in a sense of feeling like you can impress people and they can connect with your music. Getting to see different places that you normally wouldn’t see is great.

MCB: What is your favorite part of being a musician?

BD: The expression. Getting to express yourself and all of your emotions. It’s a therapeutic process for me, getting to write songs. It’s a very necessary process for me. It’s hard sometimes when you get rejected, but I love that part of it, and connecting with people.

MCB: What message do you want to leave your audience with?

BD: That’s a hard one. I think I’m still looking for that message myself. I want to say that it’s hope, but sometimes that’s hard. I think like all of us, we’re just looking to be allowed to do this. I’m very grateful that I get to be on stage in front of all these people, I’m very grateful that these people would spend their time listening to me.