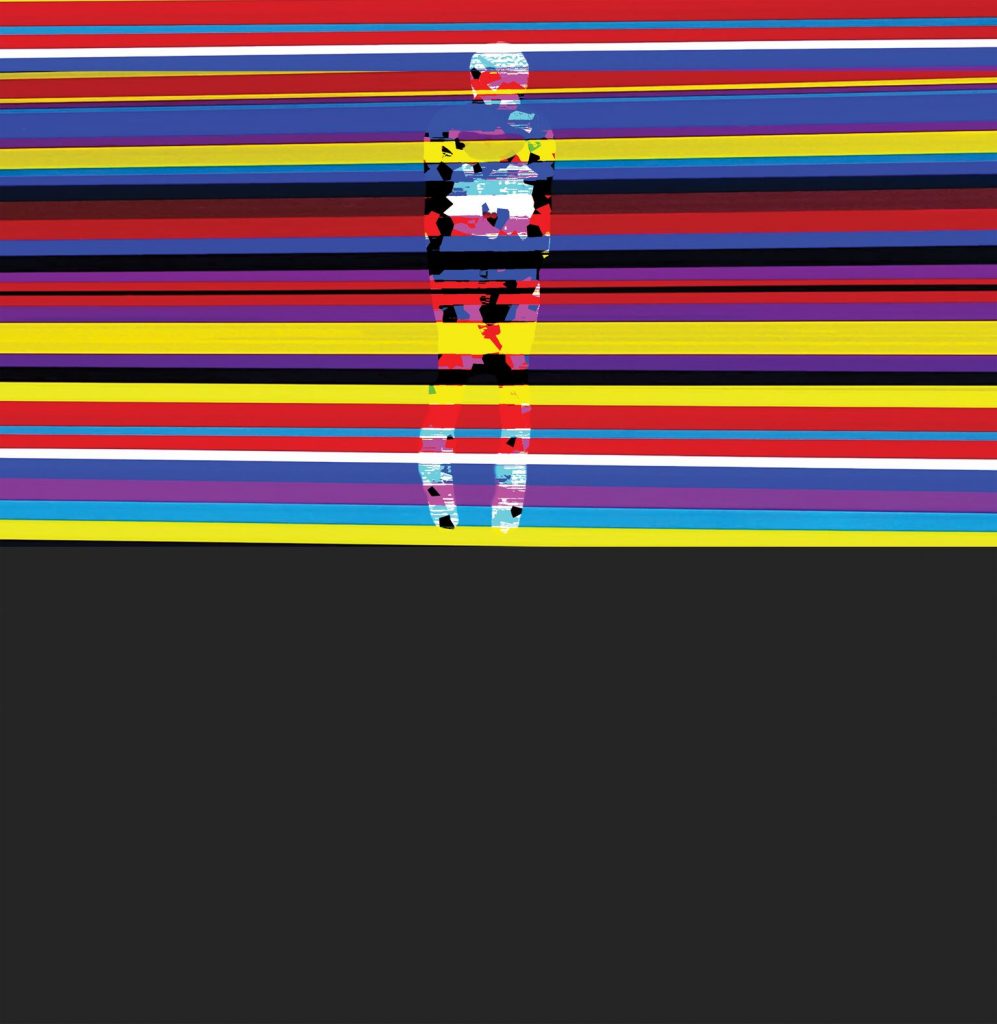 While his former band, Vulture Whale, was known for its furiously melodic guitar attack, Wes McDonald’s Terry Ohms projects allows him to fully explore and indulge his sonically diverse ideas. From the piano chords that drench the first half of leadoff track “Mind Blow” to the jittery dance feel of “We Love You” to the voicemail introduction of “Opportunity”, Terryfirma is an album with a little something for everyone.

We spoke with McDonald about the new album, his role in Cornelius Chapel Records and his time in alternative music hub Athens, Georgia.

Magic City Bands: When did you start gathering material for this album?

Wes McDonald: I probably started recording about a year or so ago. We were in the middle of recording another Vulture Whale album too, so that was taking up some time. But we never finished that album. I recorded this album all in my basement whenever I could. I did all the instrumentation.

WM: It’s really almost two songs in one. It’s kind of an adventure song. The first part ends abruptly. I had liked that chorus and didn’t want to end the song there and never come back to it. I used to write a lot of long songs, but when you do that, you’re giving yourself a big lyric writing job. To figure out the actual words to sing takes as much time as doing the rest of the song. At least for me.

MCB: The sequencing of the record is also interesting. “Doubtin’ It” is a hard-hitting, serious song lyrically, while “We Love You” goes more tongue-in-cheek.

WM: I wanted “We Love You” to start the second side of the vinyl because all of a sudden it’s like we’re doing a dance album when we get to that song. I love electronic and dance music and have gotten more comfortable producing that kind of thing over the past couple of years. I’ve become more comfortable with keyboards and Midi.

MCB: When did you start picking up those instruments?

WM: Drums was the first thing I learned how to play when I was a kid. I learned a little guitar later. I can play keyboard in a studio environment when I have a lot of time to figure out what I’m going to do and a lot of time to execute it. But I’m no means a type of person to walk on stage with a band and play keys off the cuff. It’s fun though. Playing keyboard is a lot like playing the drums.

MCB: How did you get involved with Cornelius Chapel Records? It seems like they have been releasing a lot of Birmingham bands recently.

WM: Cornelius Chapel was a really small, sort of vanity label for the Dexateens, but they also put out other bands. Vulture Whale’s last album, Aluminium, came out on the label, and I had known Elliott [McPherson], one of the partners in the label, for a long time now. So we did the album with them. But I was having trouble finding our record on their website because it was almost like a maze to get through. So I asked them if I could help them make a site. Elliott agreed, and I just kind of butted my way into the label from there. I had some time, and eventually they asked me to come on to run the day-to-day operations. I had never worked at a record label before, so it was a lot of figuring things out, which still goes on to this day. There’s a lot of closely guarded secrets to the record business, as I’m sure there is in any business. You can’t just Google a lot of that stuff and get any answers. It’s very much who you know.

MCB: I’m sure it’s definitely an interesting time to run a record label these days.

WM: It’s almost impossible. To break even on an album is a victory, worthy of a big party.

MCB: Especially since a number one album these days sometimes only has to sell 50,000 copies that week to gain the top spot.

WM: Starting a record label almost doesn’t make any financial sense at all, but someone has to do it. But I feel like Cornelius Chapel is releasing some great music. I would like for that music to get a little more attention, but all in good time. It’s a long game.

MCB: Going back to the Terry Ohms record, where did the name and cover art come from?

WM: The name is just a play off of “terra firma” which means solid ground. It’s silly, but you have to name it something and naming things can be really hard. I just went through a list of names. I’m in this other band with Chris Rowell, Greg Slamen and Tony Oliver and I didn’t think we would ever come up with a name. We ended up calling the band People Years. It’s easy and people understand it the first time you say it. But naming things is really hard because it’s such a commitment. It’s there forever.

And as far as the art is concerned, I dabble in Photoshop “art” if you will, and I came up with that design. I went through this weird phase where I would take a piece of poster board and I bought a bunch of differently colored electrical tape. I would just plaster the poster board with electrical tape. It was very therapeutic. I’m no visual artist by any means, but I enjoy doing it. So I basically made a stripe party on a big piece of poster board with electrical tape and ended up using a section of that for the top half of the album cover. Then the guy in the middle is an Olympic sledder that’s kind of all messed up. Then Jason Hamric, who also mastered the record, helped me finalize the design and make that guy look right. He’s more of a master at that Photoshop kind of thing.

I just wanted the project to have a DIY feel all around. Be Bubble Boy for a minute and do whatever I want. I had done that in the past, but it’s been a while.

MCB: Have you ever had a record under your own name?

WM: Yeah, I think about four. Some of them I have refiled under the Terry Ohms name, but there are a few out there I haven’t reissued in that way yet. There was a period between 2000 and 2009 or 2010 where I used my own name, but I got tired of that. I don’t think my name is very marquee-worthy. Though Michael McDonald might disagree, he’s done pretty well with that.

But I was in a band called the Ohms in Athens, Georgia for a while, and we all had “Ohms” names and mine was Terry. There was Terry, Lance, Guilty Glen and Ron. That’s where all that came from. It was a little more fun and interesting. It gets my real name somewhat out of the forefront.

WM: It was cool. I moved there right after I graduated from college. It was right around the time the Elephant 6 Collective was happening. R.E.M. was still a band. You would see [Michael] Stipe and [Mike] Mills walking around town and attending shows. It was good. I didn’t like the fact that everyone in town was a musician. It was so many people trying to do the same thing, which can lead to cliques. But at the same time, it had a lot of great people and was a good experience, for sure. But I just woke up one morning and realized it was time to go.

It was different from places like Nashville though. People in Nashville are trying to make it. People in Athens are a little more avant-garde that will release something brilliant and never be heard from again. Like Jeff Mangum from Neutral Milk Hotel. I saw him live Athens a couple of times, and it was great.

Terryfirma, the new album from Terry Ohms, is available on streaming services as well as for purchase (12” yellow vinyl, CD and MP3) at corneliuschapelrecords.com.