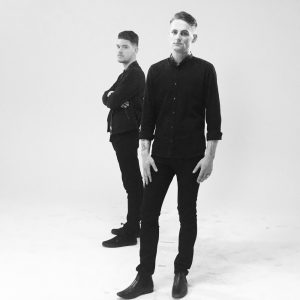 We’re only days away from Birmingham’s veritable music smorgasbord. Secret Stages returns to the downtown loft district this Friday and Saturday, with two nights of live music from all across the U.S.

Alternate and Indie Rock fans will have plenty to choose from, and should plan to swing by Rogue Tavern on Friday night to catch Bassh. The Nashville duo has spent the summer touring and prepping new material, and is eager to participate in the Magic City’s own music discovery festival.

Artists Jimmy Brown and CJ Hardee began their collaboration in the alt-rock outfit Matrimony. “We started writing songs together that didn’t sound like Matrimony and before we knew it, we had a new project,” says Brown. “We decided to roll with it and see where it goes.” So far, it’s taken them into the studio with Grammy-nominee Bill Reynolds of Band of Horses, and some notable fest gigs like SXSW.

Bassh has become the musicians’ outlet for experimentation, reaching beyond mutual interests to entertain whatever thought comes to mind. This makes their sound a bit hard to pin, as they may drift from distorted guitar-centric passages to haunting vocal melodies without worrying about the rhyme or reason. “It very much comes from exploring new territory,” says Brown. “We both love the idea of just writing for the love of it and not worrying about the end result.”

“I want to see heaven, not too soon. I want to know how it feels to let go,” echoes Bassh’s single, “Body.” One may not expect a song called “Body” to take such a spiritual turn, but Bassh delights in subverting expectations. “It’s about listening for something deeper than what your mind can tell you,” Brown explains. “It’s about observing your spirit and being present.” With easy-drifting vocals and a catchy chorus, it’s a welcome earworm and only a tease of what they have in store for Saturday’s show.

Secret Stages marks the duo’s first performance in Birmingham. They’re understandably stoked to witness this tremendous melting pot of music and throw their own ingredients into the mix. “I think folks will definitely experience something from Bassh that they haven’t heard before,” says Brown. “I do love the idea of a festival being centered around discovery and that’s the main reason I’m excited about playing at the festival!”

Bassh will perform on the Rogue Tavern stage on Friday, 7 p.m.