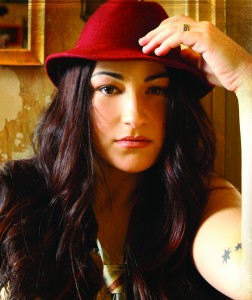 On Saturday, November 16, Jennifer Knapp performed a free show at Southside Baptist Church. During the event, she focused on telling her story in the context of being a gay Christian singer. Students Alumni and Faculty for Equality (SAFE Samford), a group dedicated to LGBT representation and support on campus, raised money to bring her to Birmingham.

Jennifer Knapp made her way into the music scene at a young age in Christian Contemporary music. She won four Dove Awards and was nominated for two Grammys. In 2004, she went on a hiatus. After the break, she came out on the David Letterman show in 2010. She decided to return to the music scene with her tour entitled Inside Out Faith. She is currently working on a new album that should release in 2014.

The church was filled with fans eager to hear Knapp perform. She confidently took the stage and sang some of her favorites with a rejuvenating energy. Although performed in a church, her soulful sound and lone guitar lit up the church. Her solo, acoustic music maintained the relaxed vibe while keeping everyone engaged.

After her break from Christian music, many in the crowd were excited to hear an old favorite once again. When technical issues occurred with the microphone, Jennifer Knapp brushed it off with a joke. The atmosphere was light and energetic as Knapp eased the tension with her charisma and humor.

Knapp discussed her journey as a gay Christian singer and the struggles she faced. After coming out in 2010, she witnessed a change in how people treated her. This appearance was a part of her Inside Out Faith tour, in which she reopens the discussion of acceptance for the LGBT community.

Through her lyrics, she communicated the struggle and hardships she faced. Songs like “Fallen” and “Better Off” captured her confusion and difficulty to come to terms with her faith and her sexual orientation.

Afterwards, Knapp stayed for a question and answer session. Audience members expressed their thanks for her music and leadership. The evening gained a personal touch as fans shared their own experiences and memories. Knapp reconnected with fans and explored a relevant topic in a symbolic, religious setting.