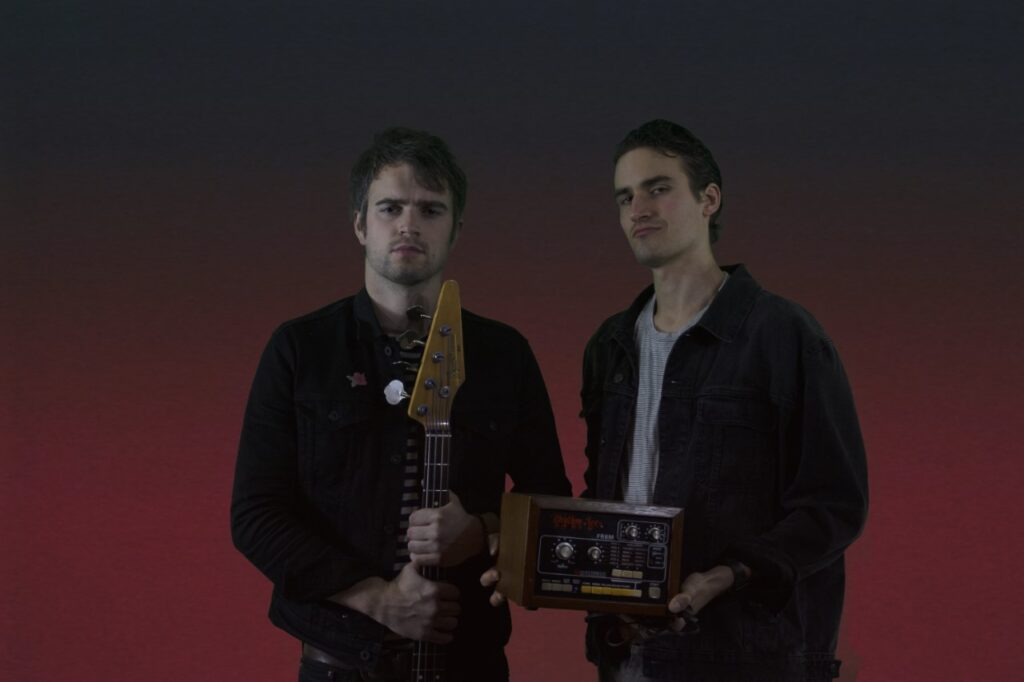 Tell people you cover musicians hailing from Birmingham, Alabama and you are–rightly or wrongly–liable to encounter some assumptions. “So, I bet you cover a lot of blues, some gospel, some jazz, some old school rock; raspy singers with acoustic guitars.” We do have quite a bit of that and there’s no reason shamefully hiding it. Even within the familiar categories, Birmingham boasts its own innovators and Southern originals. But as anyone who regularly pays attention to the ins and outs of the local music scene knows, we also occasionally manage to produce some real left-field acts which defy and confound even the most encyclopedically dexterous attempts to label or pigeonhole.

Happily, this is the case with Resort Realism, a brilliant new act that’s burst on the scene over the past couple years. Like most artists, when they are in the thick of creation, the name of the game is following the unfolding movements of the specific piece itself, not settling for some mixture of this or that genre label or box.

“For marketing purposes, we call it post-lofi,” says bassist Robert Wason. But that’s just marketing, and to many it could mean almost anything. Music nerds such as myself can be tempted to try and make music serve our labels rather than get our labels to serve the music. Wason and keyboardist Crawford King are happy to verbally play around with the microgenres and artists who inspire them, but they also have their own personal signatures, and are most comfortable in conversation when their idiosyncratic musical journey is being honored and allowed its own conceptual breathing room.

The two have known each other since junior high, played in the same high school jazz band, and have been members of two earlier groups, one of which–Form Constant–Wason still plays with. In the past, they’ve played projects categorizable under psychedelic prog and jazz fusion… or maybe it’s prog fusion and psychedelic jazz? Even with my notes, I have trouble keeping their respective musical histories straight. What’s clear is that both artists have eclectic musical competencies in instrumentally and compositionally demanding genres.

But for their current project, the duo is keeping geeky time signatures and performative chops at bay, and letting a more vibey musicality come to the fore. When you listen to the overall sound, you may be reminded of electronic, sample-based genres such as Chillwave or Vaporwave: two hyper-online subsets of alternative electronic music which usually don’t put much emphasis on traditional instrumentation or composition. Like French electronic duo Air before them, Resort Realism’s holistic project exists within the melodic and compositional strategies of RAW-based electronic music, but has a more classical and organic timbre birthing process which heavily relies upon traditional instrumentation.

“It was kind of deconstructing some of our previous musical interests in prog and post-rock and math rock,” says Wason. “Crawford’s a big jazz head and sort of approaching all of those things without really being a traditional band, being more of a producer-type project that’s still informed by band stuff. Crawford got into production, and we figured out we don’t really need other people to make stuff. Or that it shouldn’t be an obstacle to making things. Just make what you can with the tools that you have and the set of hands that you have.”

Make things they do. As anyone who follows their Instagram knows, Resort Realism is, as Wason says, “a blood, sweat, and tears DIY project” which has a palpable visual and multimedia aesthetic and meta-aesthetic which is not mere packaging but an artistic labor of love in and of itself.

“Robert’s got a degree in visual art,” says Crawford. “We are not just quote-unquote ‘musicians’ by any means.” This broader felicity across different kinds of media informs and prepares the listener to go into a very specific world of surreally comforting escapism, a strategy unified by the weirdly harmonious guardian lodestars of Mike McDonald’s yacht rock and The Tim & Eric Awesome Show’s vaguely trippy nostalgia.

Their self-titled first album, which has been out since April 2021, is a purely instrumental dream world of various tones and thick textures which are always carrying and caressing the listener into an appreciation of memorable melodies. It’s one of the most fully formed and confident debuts I’ve heard in a while, appropriate both for engaged listening and background-music study sessions. A confection of carefully orchestrated production work and subtle musicianship, the album rewards repeat listens and can earworm its way into your regular rotation of records. It’s available on all the major streaming services and is really worth a listen. Some people are blessed to be vibe lords, some are blessed to compose great song-songs, but the best groups among us are able to do both.

The duo has notably taken their production project live–having played Secret Stages and opened at least three times for St. Paul and the Broken Bones–coming along with additional assists from a saxophonist and drummer. With their math rock past, the group is interested in how having a locked-in time can allow for a different type of wailing chaos on top which doesn’t seem to work otherwise. They allow for the album to be its own thing and the live show to be its own thing with the two nevertheless remaining quite confidently recognizable to each other.

The group is currently working on new songs with probably another string of singles in tow leading up for a new album. They are still them, but there will be a notable change in strategy that is to remain under wraps for now. “It’s the same but cleaner, but dirtier, and bigger.” This paradoxically clean-and-dirty-at-once approach to stylistic evolution is only fitting for a duo whose very genre designation both makes sense and doesn’t at the same time.

While the latest recordings are yet to be released, one concrete plan is set: Resort Realism will be playing a long show on New Year’s at Jefferson Tower. With the bonds of society collapsing all around us before our eyes, we could all use a beautiful resort vacation. If the albums and singles released so far are anything to go by, the upcoming Resort Realism stuff is bound to be paradise, albeit probably a strange one.

You can stream and download Resort Realism’s music on Bandcamp.