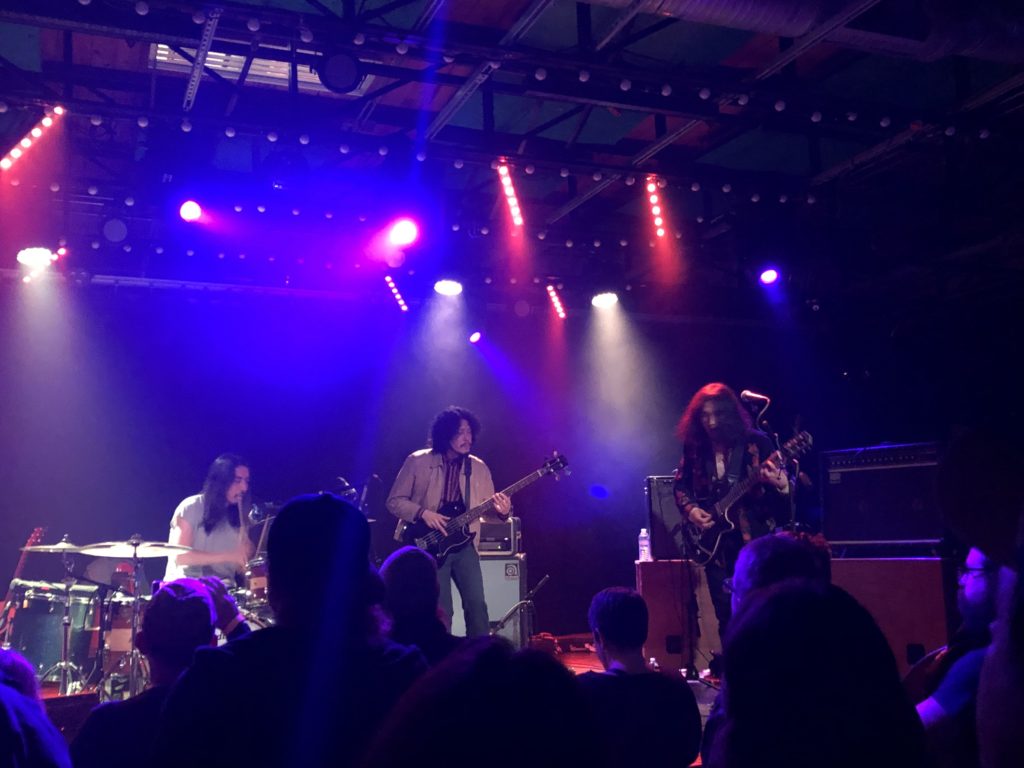 Going into the Minami Deutsch and Kikagaku Moyo show on Monday, I was not quite sure what to expect from the two Tokyo-based psych rock acts. Little did I know that I was about to experience one of my favorite shows of 2019.

A sampling of space broadcast communications opened Minami Deutsch’s set, which was definitely appropriate given the venue. From there, the band was driving straight into their first song, the members locking eyes with each other as they played in a half circle. A brazen intensity accompanied the song as the vocals reverberated over the gathering crowd. The drone of the verses and chorus brought a sense of blissful comfort until the bridge pummeled the audience with the inevitable noisy, thrashy guitar solos.

The second song opened with enough riffs to make Saturn feel like an ambient arena, elegantly switching from half to normal timing with just a hint of sludge. While the first song contained a smattering of vocals, this tune was a pure musical tour de force by four musicians eager to play their parts into chaotic eternity. By the end, I had very much expected the drummer to have shattered a cymbal or have broken a stick.

The third song of the set continued the superb juxtaposition between delicate vocals and distorted guitars. The musical codas were undoubtedly the highlight of each song. The fourth song was a bass-heavy skronk that was immediately enticing. 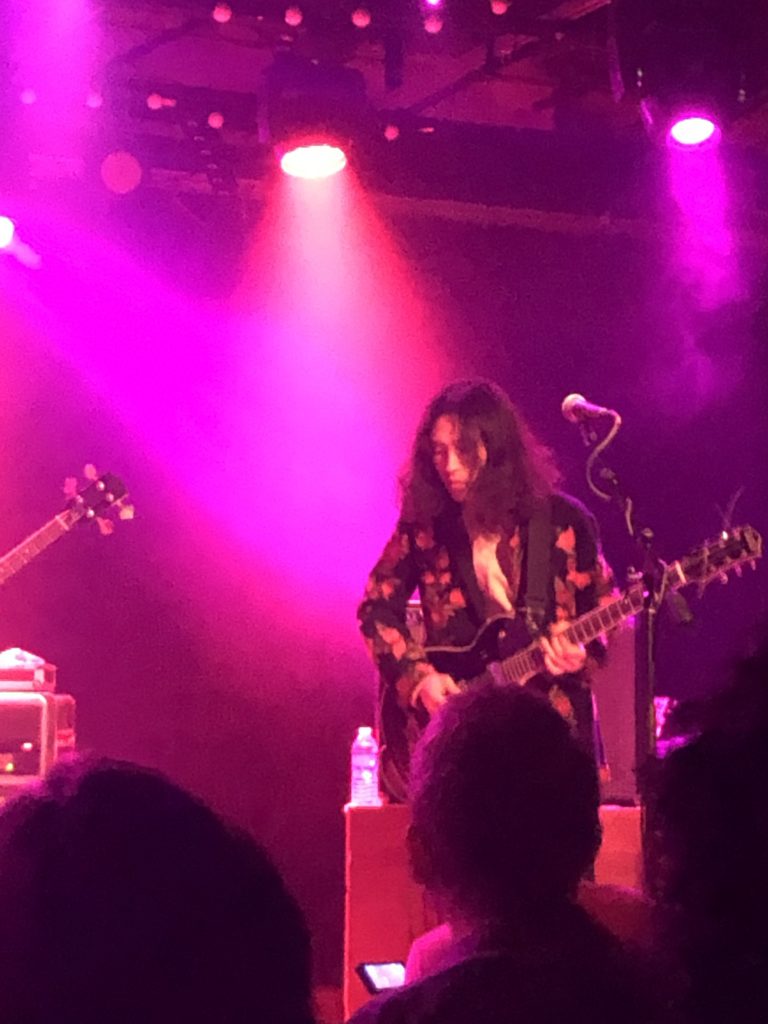 Each member was heavily featured within the songs and given ample opportunities to showcase their individual skills. The fifth song had a funk disco vibe while the sixth song went from shoegaze drone to serious speed metal shredding on a dime. The end of the set was a thrilling rollercoaster ride that felt like half the band was speeding up while the other half was slowing down.

Kikagaku Moyo entered the stage with a more subdued approach crescendoing into a collage of bass, electric sitar, guitars, vocals and drums. An incredibly melodic and clean guitar solo haunted the middle section of the first song until the keyboards entered to make everything even more surreal. The lead guitarist guided the early transitions into the other songs as the rest of the band built their parts around his lines. The drums became hypnotically tribal as the drummer took over lead vocals. The melding of styles seen in the course this second song was breathtaking.

The third song delivered soothing harmonies over a blues-esque lick. The vocals in each song seemed to bring out the best of 60s garage rock. A fake out at the end of this track led into the most intense jam of the set so far with the guitarist/vocalist playing a variety of gongs and chimes. Observing each member of the band, I would say this was some of the most joyous playing I had seen all year. 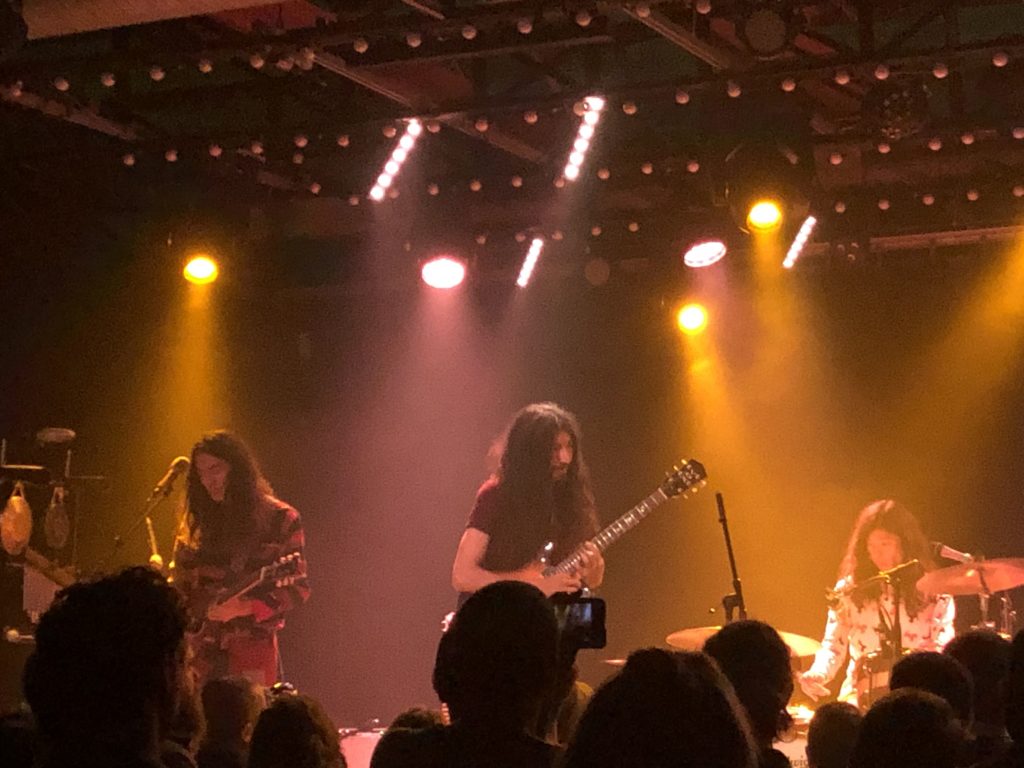 The next song opened with arpeggios interplayed between acoustic and sitar, resulting an ambient call and response that continues to build. The positive responses around me seemed to indicate that this tune was a fan favorite.

The band returned to their original setup for the final batch of songs, the transition giving the sitar a chance to truly enrapture us all. A bass heavy song followed with the effects of guitar emitting a particularly trance-inducing funk with the latter half of the song morphing into a more melodic version of a Slint tune. The rhythm guitarist/vocalist wielded an arsenal of percussion as the song fell back into its original funky coda. 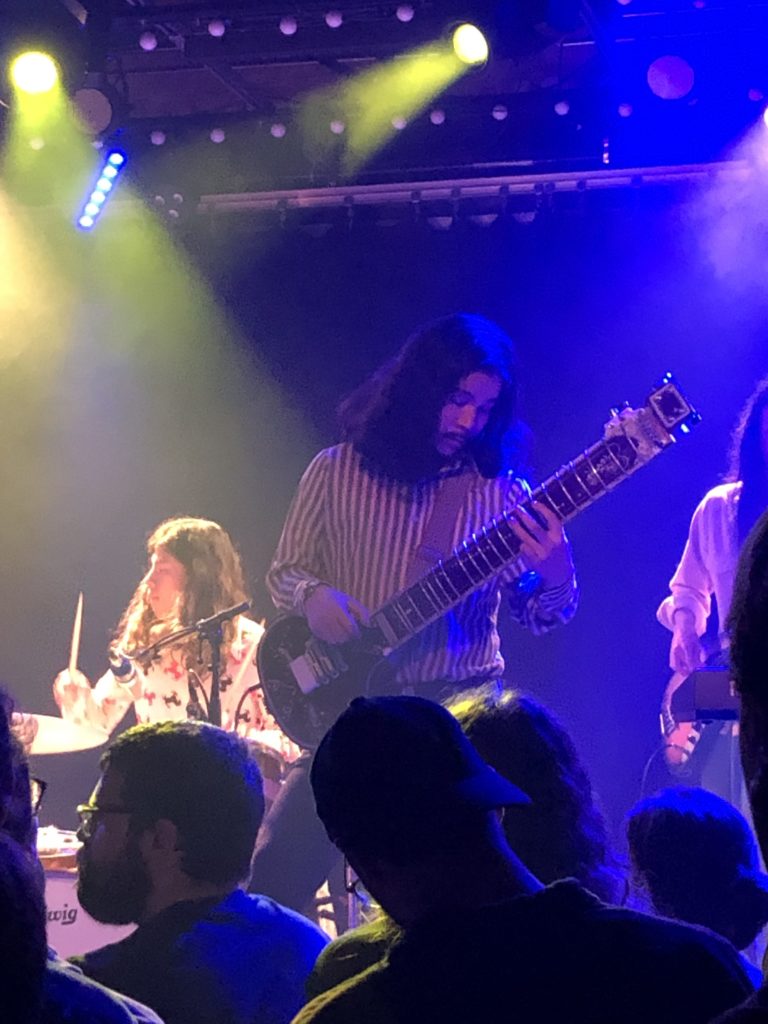 A feedback-induced frenzy came next that provided a welcome abrasiveness that shifted back into the soft verse/chorus format. Kikagaku Moyo ended the set with their most popular song which carried a keyboard melody to dizzying heights with the kick drum jolting the tempo into heart-racing speed.

One of the loudest cheers I ever have heard at Saturn brought the band out for a final two-song encore to end this colossal night of music.

Story and photos by Chris K. Davidson. You can hear Davidson play in the band Waterwells.