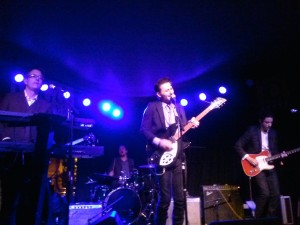 The band is currently touring the Southeast, but they are also focused on writing new material. London is the second highest city listening to them on Spotify, so it is not surprising that X-Ray, a UK-based touring agency, has tapped them for booking. They are discussing a 2017 European tour as well.