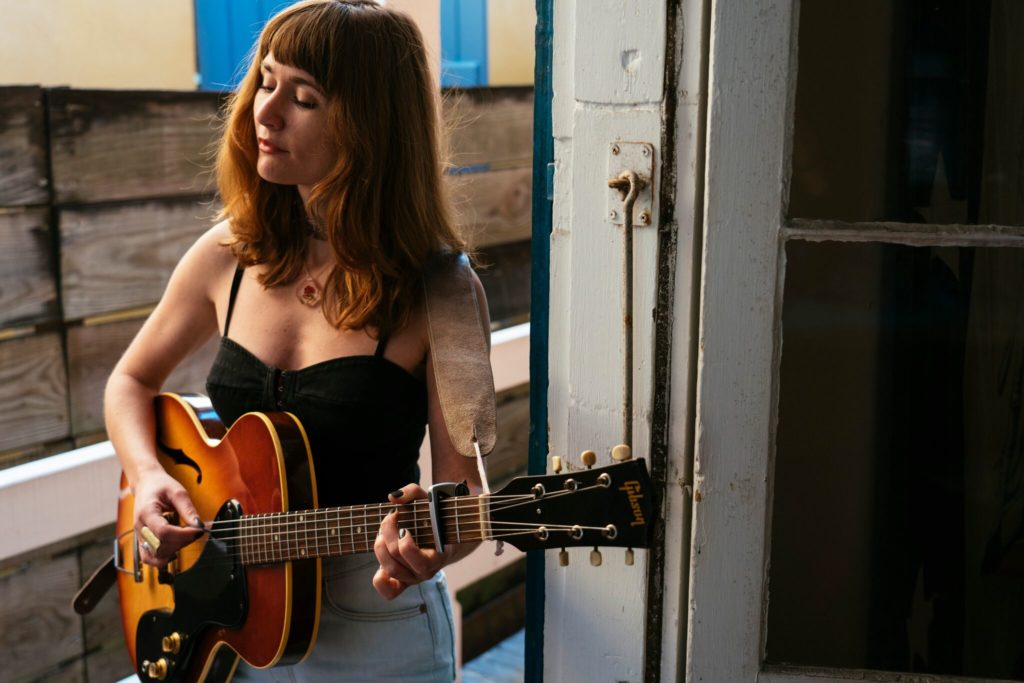 Esther Rose will be playing at Avondale Brewing on August 3rd as part of Birmingham’s Secret Stages festival. The New Orleans based singer-songwriter is well known for her beautiful blend of old country and folk sounds.

We spoke with Rose about her upcoming sophomore album, You Made It This Far, set to be released on August 23rd, how she got her start in music, her creative process and her biggest influences.

Magic City Bands: How did you get your start in music?

Esther Rose: I’m one of three daughters, and we learned to sing three-part harmonies from our favorite recordings of Young People, so that was kind of my introduction into just singing and finding my place with my voice–with my sisters. Performance kind of happened more when I moved to New Orleans. Playing on Frenchman street and learning to perform traditional jazz and blues music in venues. That was just where I put my time in.

MCB: Who would you say are your biggest influences? Not just musical artists, but other people in your life?

ER: That’s a cool question. Off the top of my head I feel like my music is really influenced by Hank Williams Sr. for structure and Joni Mitchell for creativity because she’s such a surprising singer and writer, so I I feel like those two forces really helped shape me.

When it comes to people that I know, the band The Deslondes in New Orleans has been pretty influential in just helping me come out as a songwriter. They’ve helped me record my songs, engineer my album, and The Deslondes all take various roles playing in my band around town. They’re super supportive and inspiring musicians to me.

MCB: Your new album, You Made It This Far comes out soon. What is your creative process like when making new music and where did you draw your inspiration for this album from?

ER: I like to work alone. I just get really into the ritual of songwriting. There are two parts where it’s writing alone and I’ll spend all of my traveling time just finding places to write and think about things. Then I’ll come back to New Orleans and I’ll get my band together, and I’m like “we gotta do our homework guys, here’s all the songs I wrote for the past six months.” We just get together and we spent five days recording, which is how I recorded my first album, too. Just getting my band together and spending a little bit of time recording live.

I feel like this album is really my story. It goes through a lot of my childhood; it goes back to my family farm in Michigan. There are songs where I kind of feel like I’m taking the listener through different places in my life. It’s very personal to me in that way. The first album was falling in love and stepping out as a songwriter. This album is reflections of my life.

MCB: You’re going to be performing as a part of Secret Stages on August 3rd. As an artist, do you have a favorite part about visiting different cities to perform?

ER: I feel so glad every time I get to show up in a new town. I love meeting new people. I love Birmingham. I’ve met some really great people hanging around Mom’s Basement. It’s just a really cool town. I’m just excited to get to show up and share these songs that I care about so much, and that I’m constantly thinking about and working on. It’s wonderful to get to share that with other humans.

MCB: What do you hope people take away from listening to your music? Is there a message that you want your audience to receive or something you want them to feel?

ER: For me, it’s the best part of my day when I get to sing, and I hope that I get to share that feeling with others.

Catch Esther Rose’s Secret Stages set at Avondale Brewing’s outdoor stage on August 3rd at 5:30 p.m. and look out for her new album “You Made It This Far” on August 23rd.