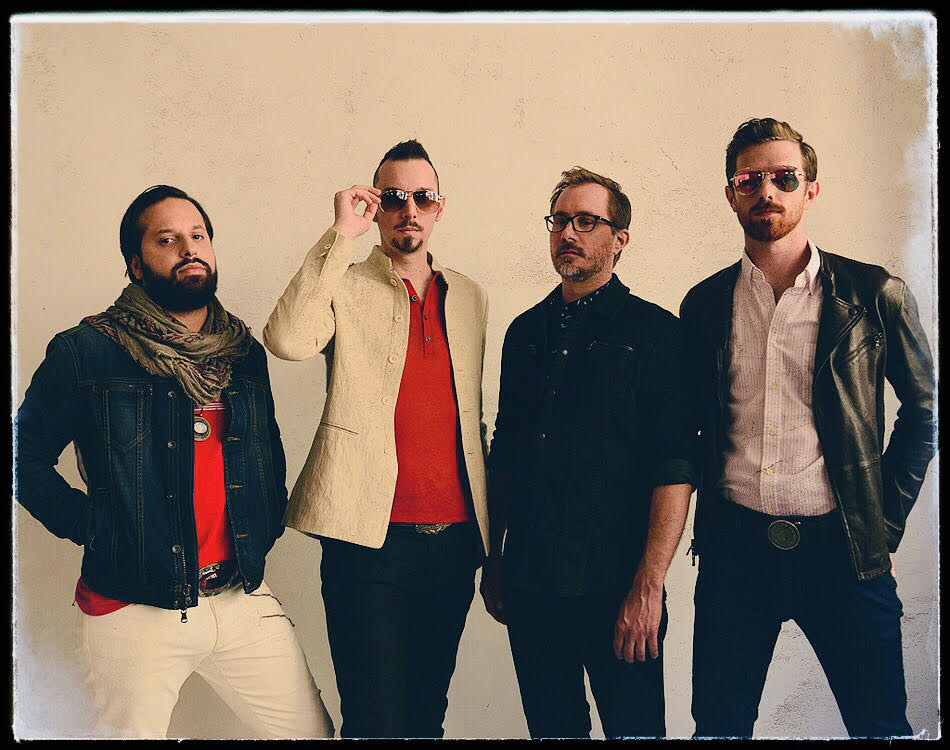 Named after a Bob Dylan song, Hollis Brown of Queens, New York has made its career on the strength of back-to-back records of organically vintage rock ‘n’ roll that remains timeless while still remaining aware of the current musical landscape as well as a touring schedule that included opening slots for the Zombies, Counting Crows, and other musical heavyweights.

After taking a three-year break to make their latest album, Ozone Park (named after the neighborhood in which the band formed), Hollis Brown has returned with another solid collection of songs that groove perfectly with this summer weather.

We spoke with frontman Mike Montali about recording the latest album, the difference between the Queens and Brooklyn music scenes, and five classic Bob Dylan tracks.

Chris K. Davidson for Magic City Bands: The band is from Queens, NY. Over the last several years, Brooklyn and Manhattan have gotten a lot of attention. How has being in that part of the city, where there’s not as much fanfare, influenced the band and the sound you have?

Mike Montali: Queens is more of a neighborhood vibe. It doesn’t get as much burn as Brooklyn, and it’s not as trendy. But there’s a lot of great music that has come from Queens. The Ramones, Run DMC, Simon & Garfunkel. There have been a lot of good acts that have come out of Queens like a lot of hip-hop stuff. It’s very culturally diverse, and we’ve been fortunate to grow up around all of that. Hopefully pieces of it come through in the music.

MCB: And the acts you listed have definitely stood the test of time.

MM: That’s definitely what seems to be happening in Brooklyn with all of the indie rock bands. They may have a hit single and be popular for a summer, but then they’re never heard from again. We want to be a band that goes at it for the long haul as an act with substance.

MCB: The band put out several albums of music in a short time (two albums of original material, a full-album recording of the Velvet Underground’s Loaded, and an EP from 2013-2016). So the new album is the longest you’ve gone without releasing anything. Why did you decide to take your time with putting out this record?

MM: In terms of original albums, we wanted to make an album that felt fresh to us, and it took a while to get to that place. We had been making records with a vintage to them, but we wanted to make something that was a little more current and relevant to what you would hear on the radio today. We took our time and wrote a bunch of songs, and then we made the album. It took a little longer because we wanted to raise our profile overall with getting a better team around us. We shopped the record around for a while to find the right label and the right management and booking agents.

We were touring so much. We would just put these records out and tour nonstop. Maybe it was time to take a break from that nonstop touring angle. With today’s music scene, you have to have radio airplay and get on Spotify playlists and get on the right tour and festival lineups. We felt like we were in a good place in the band to where if we took our time with this record and put it out right, it could break through to a much larger audience.

Just making a record and putting it up on Spotify doesn’t mean anyone is going to hear it. It doesn’t matter how good it is. You need the right people working it. We want to be a big band and to be a big band, you need a good team around you. And now we’re doing well on Spotify with hundreds of thousands of plays already before the album even came out. We’ve got good tour dates in Europe and America. We had to be patient to do it right and now everything is coming through the way we planned it.

MCB: You went to Fort Meyers, Florida to record the new album. Do you always leave home to record?

MM: Yeah, we always try to get out of New York to record. There are just too many distractions at home. We feel better trying to find a place to use as a focus point. We went to a studio in Fort Meyers called Unity Gain with a producer Adam Landry. It was amazing. We had some funding from our executive producer and they had a studio that they wanted to work out of. Working in New York City, there’s always people texting and wanting to get ahold of you and passing by the studio. We were in Florida for nine days, so we needed everyone diligent and just locked in making the music.

MCB: You mainly recorded the album live. Was a lot of the pre-production done before going to Florida?

MM: Yeah, we worked it out to where we knew the songs well enough to play them live and rocking. We went down to the studio with our producer and changed them a little bit, but we all felt comfortable with the material before going down. By the time the red light was on to record, we were just firing away. We left ourselves some to experiment and be free in the studio, but a lot of the rhythm section, guitar parts, and vocals were already mapped out to make sure everything got done quickly. 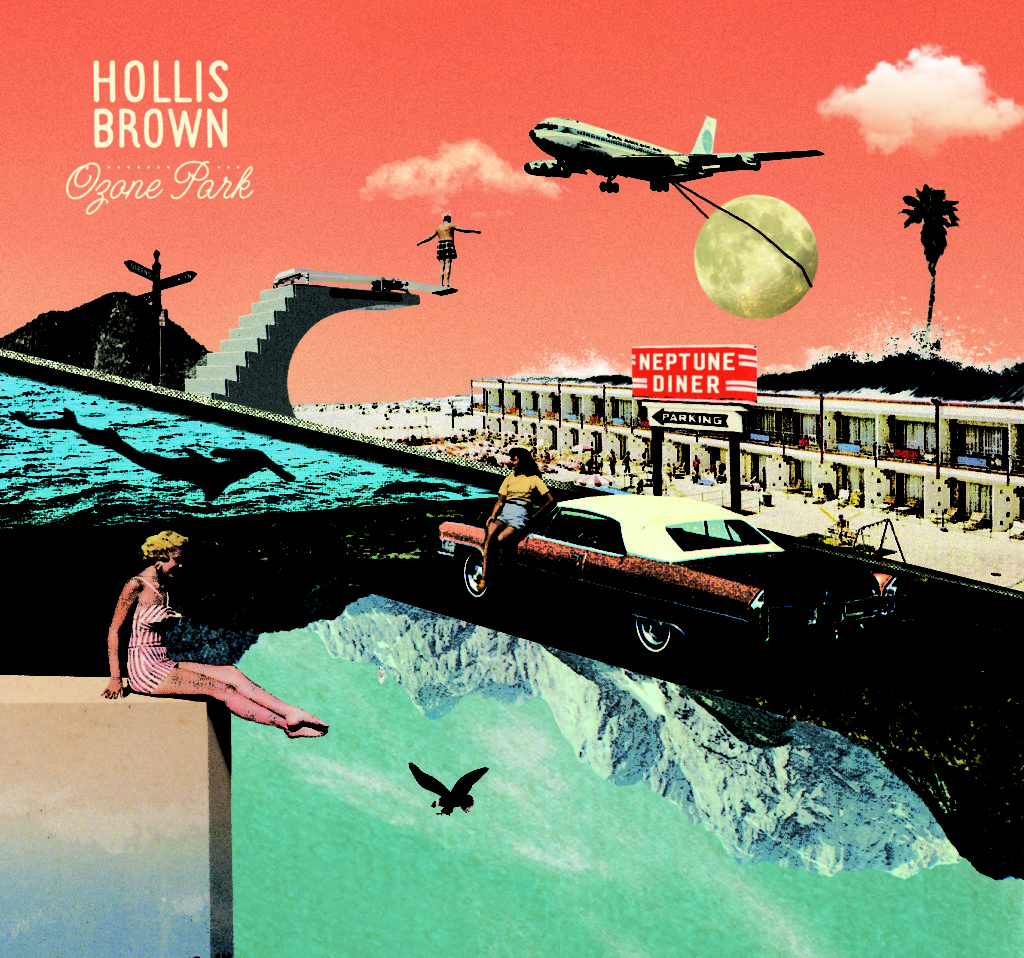 MCB: What song or songs do you think were best served by that more live approach?

MM: I think the song “She Don’t Love Me Now,” for sure. We had been playing it live for a while and playing it in front of actual people. I think the lead single (“Do Me Right”) definitely was served by that because we came up with that song in the practice room, pretty much the way you hear it on the record. We fleshed it out together and banged it out in the studio.

MCB: You covered the Velvet Underground’s album, Loaded, for Record Store Day in 2014. Why did you choose that album and what did the process teach you about songwriting and recording?

MM: When we first started the band in Ozone Park neighborhood of Queens, that was one of the first record that Jonathan [Banilla] and I bonded over and thought it was the vibe that we could go after. It’s got great songs, rock ‘n’ roll instrumentation and arrangements as well as an artistic, psychedelic aspect to it. That album represented the first taste of what we together wanted to achieve. When Lou Reed died, we were doing this benefit show and we were asked to play some songs. So we did that record. Then word spread that we had done it, so our record label at the time and called us about doing a recording of the entire album for Record Store Day and we agreed.

We just went in the studio and recorded the entire thing live in one day. The second day we added a few overdubs and then we just put it out there into the world. It just happened pretty organically.

MCB: The band has toured with a lot of major acts over the years. What are some of your favorite memories from those tours and did you pick up any lessons from those artists along the way?

MM: My favorite memory would definitely be playing Red Rocks Amphitheater in Denver with Counting Crows. That was a huge checklist dream show. With most of the bands we’ve toured, we’ve mainly learned the way to be a professional. A lot of bands that you see are just showing up late and don’t have everything together and going over their time and into the headliner’s set. There’s a right and a wrong way to do things on the road, and to keep a band operating and afloat in an organic and professional way. I would definitely say that is the biggest thing we have been able to learn playing with all of these awesome and amazing big-time bands.

MCB: Hollis Brown is named after a Bob Dylan song. If you were to introduce someone to Bob Dylan’s music, what are the five tracks you would tell them to listen to?

MM: “It’s Alright, Ma”
“A Simple Twist of Fate”
“A Hard Rain’s A-Gonna Fall”
“Visions of Johanna”
“Stick Inside of Mobile with the Memphis Blues Again”

Chris K. Davidson is a music writer in Birmingham. He sings in the band Waterwells.