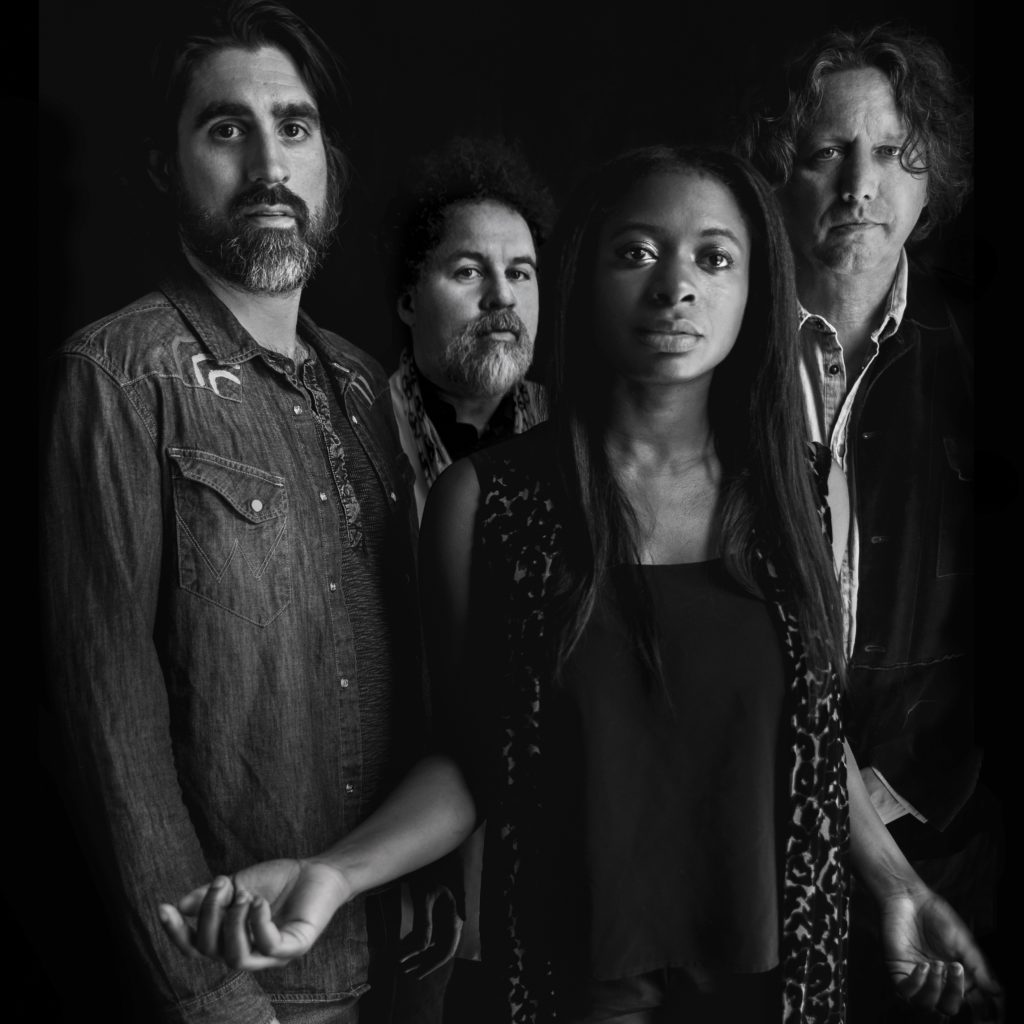 Trigger Hippy–the most recent project of Black Crowes drummer Steve Gorman–is coming to town, having recently consolidated its final lineup and sound in new album Full Circle and Then Some. Constituting a kaleidoscopic stew of familiar Americana–country, blues rock, psychedelic swirl, swamp rock–the new album boosts experienced musicians sure to put on a lively and confident show. Unified by inviting call-and-response compositions and a down-home unpretentiousness, the album fits like an old glove, giving off that warm familiar feeling. I recently corresponded with the band to get some of the dirt on where they are with this new record and tour.

Dew DeVine: Where did the band name come from? Why the spelling of “Hippy”?

Steve Gorman: I thought of the name years ago after a jam session with Nick Govrik and two guitarists that were soloing on top of each other nonstop. I said, breaking their balls a bit, “If this is a band, we should call it Trigger Happy with the way you two guys keep popping off” …and then it hit me that “Trigger Hippy” was a good twist on that. And the spelling was to suggest hips, as in, “shake your hips.” It never occurred to me to use the “hippie” spelling, as that would suggest a leaning toward an overused and usually inauthentic schtick that I have no interest in.

DD: What’s your strategy for a live sound? Are you trying to approximate the studio sound, or doing something a bit different live?

SG: We aren’t trying to replicate the album. We remain faithful to the arrangements for the most part, but the main idea is to find a groove and a feel throughout and keep people moving. It’s fun to get lost in the collective feel of a live gig with a bunch of strangers, so we’re doing our best to give that to people every time we play.

DD: How did the recent additions of Ed and Amber clarify the new direction of the band?

SG: It’s hard to put into words without sounding like a series of clichés, but there was a sense of completion in terms of the band chemistry. The goal was to find a connection between the band members where each member feels essential. Irreplaceable. It’s easy to talk about but very difficult to find because it has to be natural and real. When it happens though, there’s no denying it. And that’s how we all felt when we started working together.

DD: What was it like recording the new album at the Tree House?

SG: It’s our studio, so it always felt how it should–relaxed and with no fixed timetable. No ticking clock. We could establish a vibe for the day and work at whatever pace a particular song called for. It was just the band and Ross Gower, our engineer/recorder extraordinaire (and Birmingham native) so there was never even a thought given to how it could or should feel otherwise.

You can see Trigger Hippy at WorkPlay this Saturday at 8 p.m. Ice Station Zebra will open the show. WorkPlay is located at 500 23rd Street South, Birmingham, Alabama 35233.