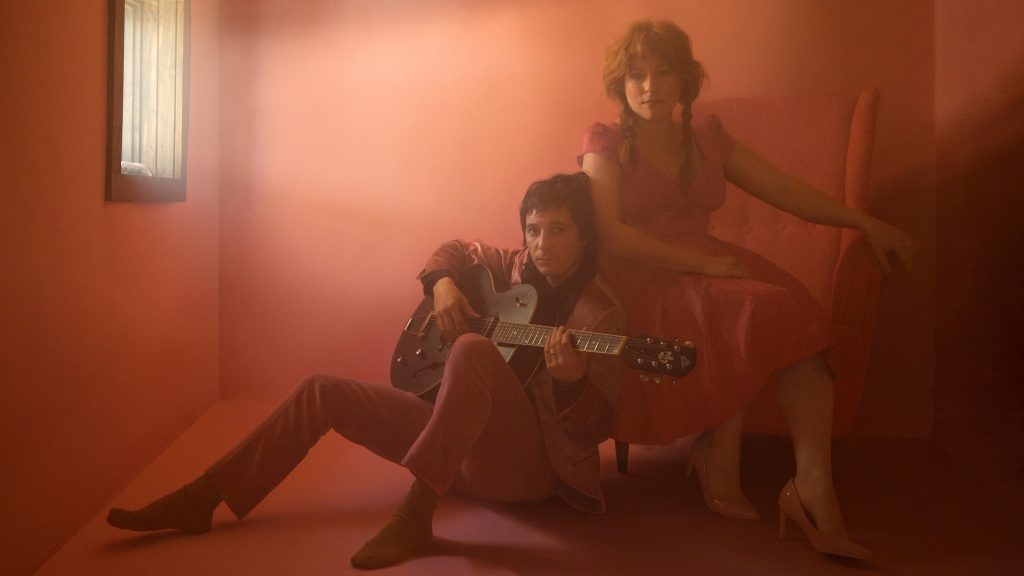 In 2012, Charleston’s Shovels & Rope burst onto the Americana and folk scenes with their debut album, O’ Be Joyful, and that record’s lead single “Birmingham” gave the Magic City another musical anthem (“Rock of ages, cleave for me/Let me hide myself in thee/Buried in the sand/Five hundred miles from Birmingham”).

The band’s members, husband and wife Michael Trent and Cary Ann Hearst, commanded the main stage at Hangout Festival 2013 with just Trent and Hearst alternating guitar and drums. Since then, the couple has released several more full-length albums and two volumes of the Busted Jukebox cover and collaboration project.

We spoke with both Trent and Hearst about their latest album, By Blood, song title inspirations, releasing a children’s book and the Charleston music scene.

Magic City Bands: You guys have always used states and cities (“Birmingham,” “Mississippi Nuthin,”’ “Ohio”) as song titles. Is that just a result of touring so much or from a love of storytelling in different settings?

Michael Trent: Well, we’re definitely on the road a lot.

Cary Ann Hearst: It’s part of our daily routine. Looking at maps, wondering where are we and what city is this. Your personal history is annotated by geography in a different way as opposed who don’t travel that often. Time and places, in particular, creep into our songwriting. In this record, we’re referencing a horse named Utah in the song [“C’mon Utah!”]. It just came into Michael’s brain to give the horse that name; the Great Spirit just whispered it into his subconscious. It’s apropos because the song references a western place with immigrants coming from the South.

MT: And Utah the state itself is right there as a witness, and everything takes place in Texas and Mexico and Colorado.

CAH: And it wasn’t that long ago that Utah was receiving its own wave of immigration with Mormons crossing the desert. But whoever put that song into Michael’s brain is way smarter than us.

MCB: And you also plan to release a book based off this song, right?

MT: It’s going to be the lyrics of the song with someone else providing illustrations. We have a friend named Julio Cotto, who we’ve known for years and years. He used to wait tables in Charleston with Cary Ann. Now he lives in New York, and we’ve just stayed in touch. He’s an artist whose work we’ve been following and we’re just fans of. He’s going to illustrate it, and it’s basically going to be a children’s book. It’ll probably be out late this year.

MCB: We’ve interviewed a lot of bands such as The High Divers and Susto, who are also from Charleston. What’s the scene like these days?

CAH: The High Divers and Susto are one generation younger than us in the rock scene. The scene has been thriving for a long time. Our town is disproportionately talented. Artists are just attracted here, and it’s a beautiful place. The town is full with incredible writers, singers and musicians of every ilk and genre. And we’re all friends. For whatever reason, the scene is very cooperative and not competitive.

Michael and I have basically been on the road for eight years straight. When we come home, we’re a little bit disconnected from what’s been going on. But there’s always something bubbling, there’s always something new. We remember talking to the guys in Susto before they were going to tour or anything like that. It’s so cool to watch another band not only have a very busy tour schedule, but experiencing a lot of what we’ve experienced and growing their audience and becoming successful. It really reflects well on our city. There are great bands from Charleston who could be touring nationally, and they’re just content hanging out locally and doing their thing. It’s a very cool scene.

MCB: By Blood is your first record of original material in three years. At what point did you start seeing the album come together?

MT: The first song that we put down was “C’mon Utah!” “Twisted Sisters” was going to go on the last record, and we scrapped it. We tore to the whole track down to the horns, and then rebuilt the track around that minimal horn section.

We’re always writing. We kind of have to be because we’re on the road so much. When it’s time to make a record, there’s a limited amount of time. About May of last year, we sat down with our pile of songs and showed each other what the other one had and started to work on things with the idea that we would be working on a new record. The last song that was written for the record was “I’m Coming Out” and that happened really quickly. “Mississippi Nuthin”’ didn’t sound anything like it did when the song was written. It was one of the last songs that Cary and I got together on, and we just brainstormed a new skin for it.

MCB: As a husband and wife duo, what’s it like to live together, write together and record together in often the same space?

All joking aside, at least in our world, the old cliche of “sex, drugs and rock ‘n’ roll” has been dead a long time. A lot of those people who played by that mantra lost their careers to drugs and alcohol a long time ago. If you’re out there on the road doing what we’re doing, you want to be able to do it for a long time. You’re drinking lots of water, you’re getting your rest and try to eat nutritiously. We travel with our children. For the most part, everyone who is out there on the road is not with their family or with the person that they love the most. Even though it’s a 24/7 thing, Michael and I are fortunate to be out there together with our two children, and up until recently, our dog, who’s still living, just not touring. And we travel with this amazingly tight group of people that’s very familial. It’s almost like a Mom and Pop family business.

And we do our best to accommodate each other for that 24/7/365 lifestyle. Michael just went to Denver with some friends, and I spend time with some friends in Charleston playing in a silly country. We just carve out time and space. But we feel very blessed and lucky to be able to travel with each other.

Shovels & Rope will be at Avondale Brewing Company this Friday, April 26th, with Frank Turner and Indianola. For more information and to purchase tickets, visit the brewery’s event page.

Photo by Curtis Millard. Chris K. Davidson is a music writer based in Birmingham. He also sings in the band Waterwells.