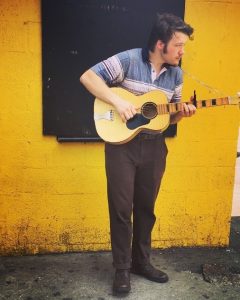 This Saturday, April 29, The Syndicate Lounge will host West Virginia’s Ona, as well as Birmingham artists New Devils and Early James. We spoke with James ahead of the show to see what we can expect:

Being around the Birmingham music scene for most of my life as a spectator, artist, and occasional writer, I have had a chance to meet so many talented people. Alabamians, as a whole, have been more fortunate than we may realize when it comes to the musical talent that is grown in our state. In a city that is so rich with history and innovation, there are some artists that are able to draw on that, and with a great deal of passion and a fair amount of elbow grease, share their experiences with everyone.

Early James moved to Birmingham 3 years ago, “jammed his foot in every door that was slightly ajar,” and has been working his way up ever since. With a self-described style of “a mishmash of Folk/Blues/Country/Jazz with crooner-esque stylings,” and drawing on “the basic faults of the human condition” and “a little self-deprecating in tone,” Early James brings skilled guitar, smoky vocals and timeless songwriting together to provide a sound that goes great solo or backed by a full band.

I was particularly drawn to a video of the song “Stepping Stones,” shot at Lake Purdy while the water was nearly gone in late 2016. Early James plays an old Harmony with a painted on pick guard that he got for $75 and from the start, you could believe that it’s an old family heirloom that had had the riffs stored in it for generations and was brought to life by the right person at the right time.

If you happen to catch an Early James show, a great way to pick up the music is with the “brown bag special” CDs that are put together for your listening enjoyment. You will get a chance to have your own copies of some of the tracks like the upbeat “Gravy Train,” or “Blow for Blow” with it’s amazing blues guitar driving the song.

Early James will be hitting “Birmingham’s best sounding small room,” The Syndicate Lounge with Ona and Birmingham-based New Devils on April 29. West Virginia’s Ona performed in Birmingham last summer as part of the Secret Stages music festival, returning with their own brand of indie rock and a “What would Neil Young do?” mentality. 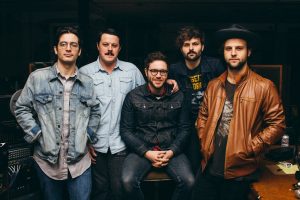 This will be a great chance to see Early James before he goes on tour. He has recently signed with High Road Touring and will be hitting the road to make a name for himself at events across the country, such as his upcoming gig at the Rochester Jazz Festival in New York opening for Mr. Jerry Douglass.

Be sure to follow Early James through all his adventures on Twitter to see what is happening on tour. You may learn some things along the way. I asked him what drink would best mix with one of his shows and he gave me the response, “Well, I try to combine the old with the new. So, I’d recommend mead with a chaser of this new stuff, Palcohol. It’s powdered alcohol. Cutting edge.” Cutting edge, indeed. We will be watching out for that.