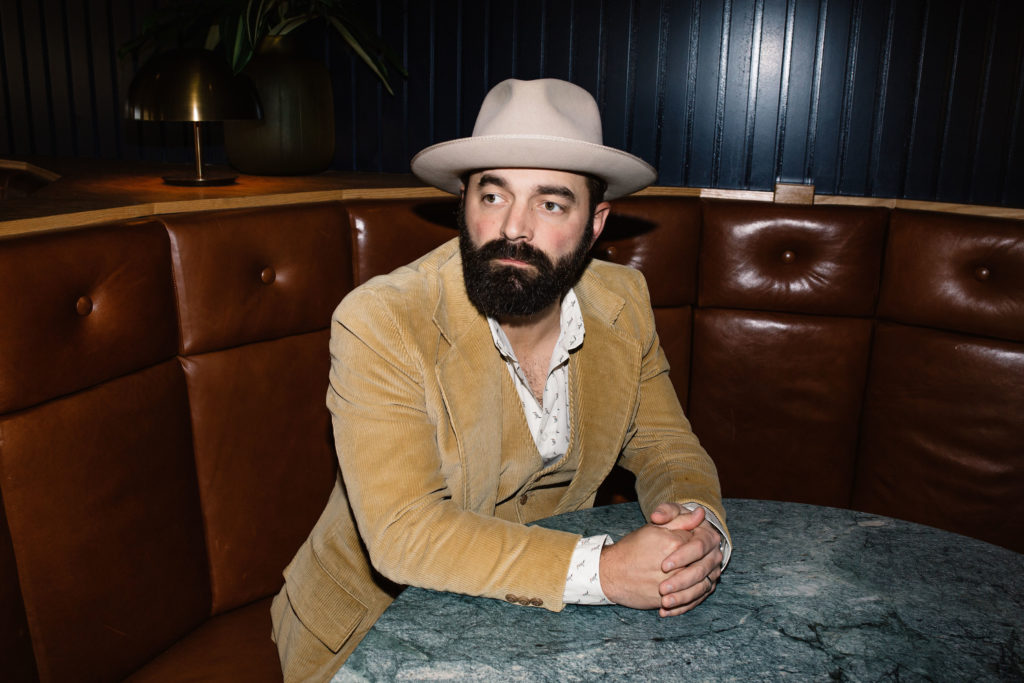 Drew Holcomb & the Neighbors have been playing Birmingham venues in one iteration or another since the mid-2000s. From Harry’s Coffeehouse at Samford University to the WorkPlay Theatre, the band has captured the hearts of the city’s music lovers with their dynamic performances that perfectly complement Holcomb’s insightful lyrics and soulful croon.

Drew Holcomb and the Neighbors’ latest record, Dragons, is both a return to form and a continued sonic exploration aided by collaborators like The Lone Bellow, Ellie Holcomb, Lori McKenna and Natalie Hemby. From the incredible one-two punch of “Family” and “End of the World” to the imagery-rich lyrics of the title track, Dragons is just a sample of the power the band will bring to their Lyric Theatre performance on Wednesday, September 25.

We spoke with Holcomb via email about the new record, his long-running Moon River Festival, and “cosmic generosity.”

Magic City Bands: First thing I want to talk about is the cover design of the album. It’s a very classic look that reminds me of Jim Croce and other records from that time. How did that particular look come together?

Drew Holcomb: As I have gotten older, I have embraced the singer/songwriter role more and more. On my last record, Souvenir, we went away from photo-centric design, and while I really enjoyed that, I decided towards something similar this time around. I worked with Ashtin Paige on the photos and we shot them at the Fairlane Hotel in Nashville, a mid-century place, and then used Jeremy Fetzer to design it. He has done a lot of work I like – Jason Isbell, Joshua Headley, Lily Hiatt, etc. We just wanted to keep everything very classic and simple. 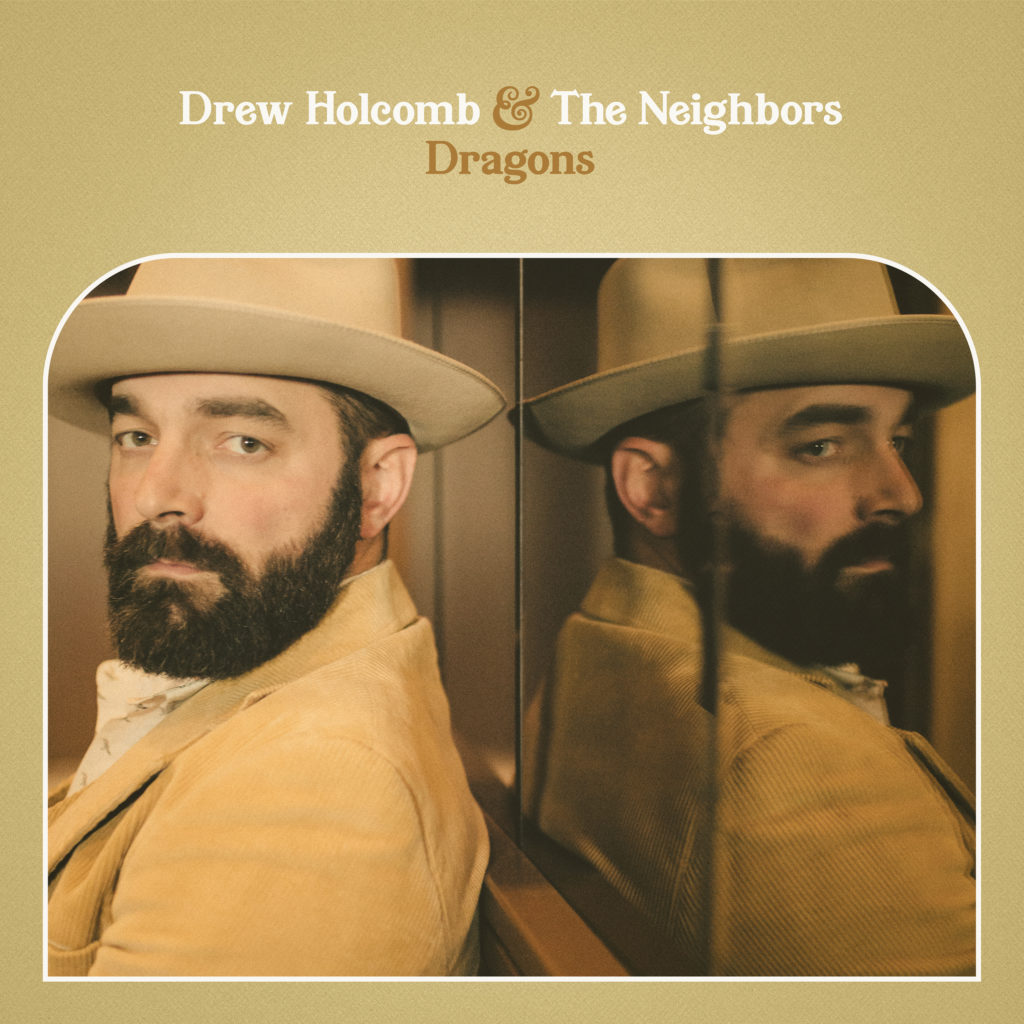 MCB: What inspired the title track? I noticed that song and a few others on the album have a fantastical feel to the lyrics that are juxtaposed nicely with the songs more grounded in everyday life.

DH: I was writing a song with my friend Zach Williams from the Lone Bellow and we got to talking about the “Big Fish” personalities of our grandfathers, and this song was an “advice from the grave” sort of thing. People really resonate with it, because I think we want our heroes and long-gone family members to be rooting for us, even after they are gone.

MCB: Where did the concept of “cosmic generosity” come from that you sing about in “See The World”? That song produces some great cinematic vibes, sort of reminding me of movies like NeverEnding Story.

DH: I was trying to find a way to explain the gratitude I often feel when I have beautiful yet fleeting moments with my children. My son falling asleep while reading Shel Silverstein was one of those moments. One where you thank the heavens for the gift of the moment, then mourn its passing.

MCB: How did the collaborations come about for this album? I know you also did an EP recently with Penny & Sparrow and Johnnyswim.

DH: The Goodbye Road EP I wrote and recorded with Johnnyswim and Penny & Sparrow was really the first collaborative thing I have done outside the band and outside of my marriage. It was a freeing experience for me. I tend to hold pretty tightly to my creative vision. I enjoyed the work and the process so much I decided to carry that over to my own record. I co-wrote five or six of the new songs on Dragons with outside writers, all of whom are my friends first, then collaborators second. Trust is important to me in this world, so I only wanted to write with people I already knew.

MCB: You founded the Moon River Festival several years ago that just had another solid lineup. How have you seen the festival grow and evolve over the years, and what were some of your favorite moments from this year’s festival?

DH: The last two years in Chattanooga have been beyond my wildest hopes. Having those lineups with my name as the “presenter” is a bit overwhelming. Brandi Carlile had me up to sing “Angel from Montgomery” to close out her set and that was as good as it gets.

MCB: One act from this year’s festival (The Brook and the Bluff) has Birmingham ties. How did you come to know those guys?

DH: I heard them at a small festival I was headlining and they were the opening band. The venue had a window looking down at the stage and I heard every moment of the show. Immediately I emailed my partners at Moon River Festival and told them we needed to book them. They are a great band and I am excited to watch their careers take off.

MCB: As a songwriter, are you constantly looking towards the next record and have already started putting songs together? Or do you let yourself focus on this current batch of songs for the time being (obviously you will be touring heavily for this record)?

DH: Honestly, I have just been enjoying a moment of creative breath from the record, and spent most of the last few months just thinking about how to take this record on the road. I have rehearsed more for this tour than probably the last three combined. I think it will be our best tour by a mile.

Drew Holcomb and the Neighbors will be at the Lyric Theatre on Wednesday, September 25 with special guest Birdtalker.

Chris K. Davidson is a writer and musician based in Birmingham. He’s a member of the band Waterwells.